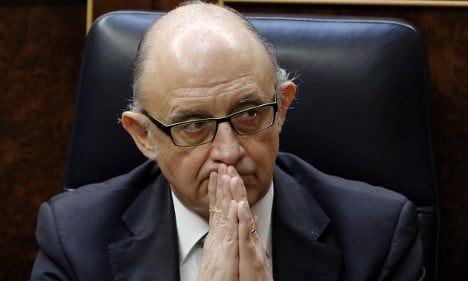 “The Commission confirms that Spain and Portugal will not correct their excessive deficits by the recommended deadline,” the EU's executive arm said in a statement.

If endorsed by the EU's finance ministers, the commission is then legally obliged to propose fines against the two neighbouring countries, which were both hit hard by the financial crisis.

“Lately, the two countries have veered off track in the correction of their excessive deficits and have not met their budgetary targets,” said Valdis Dombrovskis, the EU Commission's vice-president in charge of the euro.

Under EU rules, member states are not allowed to run up deficits in excess of 3.0 percent of GDP.

“We stand ready to work together with the Spanish and Portuguese authorities to define the best path ahead,” Dombrovskis said.

Many EU powers led by Germany have long hoped for the commission to finally crack down on public overspenders, but with populist fires burning after the Brexit vote, ministers meeting in Brussels on Tuesday could decide to delay their immediate endorsement.

“There is uncertainty creeping in light of the UK vote result,” an EU diplomat told AFP.

France and Italy will be the most willing to delay the penalty process, fearing that their own years of EU rule breaking would put them next in line for a sanction by Brussels.

Ahead of the commission announcement, Portuguese Prime Minister Antonio Costa warned that Brussels would foster a rise in euroscepticism in Portugal if EU sanctions are applied.

In a letter to the European Commission, Costa cited “the results of the UK referendum and its impact on the European Union” as reasons why the Commission should refrain from full implementation of the rules.