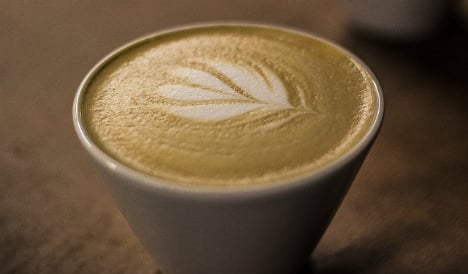 A Spanish musician took to social media to complain after a waiter was unable to serve him because he did not speak Catalan.

Quimi Portet was travelling on a Baleària ferry between the Balearic Islands of Formentera and Ibiza on Sunday when the waiter refused to serve him because he did not understand the order, which the musician gave in Catalan.

Portet uploaded a photograph of the waiter to Twitter with the caption – written in Catalan – “Formentera-Ibiza ferry. 8am. This waiter did not understand 'café am llet' (coffee with milk)”.

Portet claims that after he said his order in Catalan, the waiter responded: “Look, in Galician, Spanish, French, English and even Italian I understand you, but in Catalan or Mallorquín, no.”

Baleària runs ferries between Barcelona and the Balearic Islands, which both have Catalan and Spanish as official languages.

The company immediately reacted to Portet’s complaint, apologizing for the trouble and adding that they would take the “appropriate measures” against the waiter.

But later it emerged that the company would not be firing the waiter.

The waiter, identified by Spanish media as Juanjo Hermo, told El Mundo that he regretted the situation and said he had not heard Portet properly.

“I don't know why I answered him in that way, that was not Okay. I don't have anything against Catalan, I only want to work,” Hermo told the newspaper.

In a statement, Baleària said that the waiter “should have been more respectful” and that it had taken the necessary measures so that a similar situation “would not happen again”.

The incident exposed the often fraught tensions in Catalonia over its two official languages, prompting commenters on both sides to take to social media.

“Since when are the Balearic Islands Catalonia?” one Twitter user asked, while another claimed it was a clear incident of “Catalanophobia”.

The rebirth of Catalan: How a once banned language is thriving