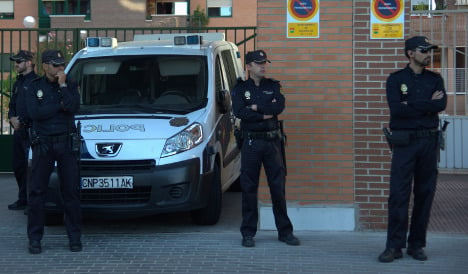 “Searches and demands for information are expected in around 50 town halls,” a police spokesman told AFP as the latest in a wave of corruption scandals descended on Spain,  further wrecking confidence in the political elite.

The investigation, which also involves offices and private homes, including in neighbouring Andorra, is looking to turn up documentation into the alleged rigging of fat public sector contracts, tax fraud and abuse of public office.

Those arrested, who include a former mayor, businessmen and civil servants, are suspected of “public administration offences.”

The operation follows a judicial enquiry into suspected illegal practices at Efial, a political consultancy linked to town halls notably in the northeastern region of Catalonia.

The firm set up front companies which facilitated the laundering of public funds via corrupt town halls as part of a network stretching from Madrid to Barcelona and Tarragona in the northeast, police said in a statement.

“A large portion of the funds obtained were then diverted to the principality of Andorra via complex commercial dealings,” the statement added as authorities look to unmask the full extent of wrongdoing.

Media reports said some of the town halls being investigated were run by the pro-independence Democratic Converge of Catalonia (CDC).

Previous allegations of graft enveloped former long-serving regional leader and CDC founder Jordi Pujol, who was suspected of hiding millions of euros in tax havens and stepped down in 2003.

Some pro-independence groupings in Catalonia suspect Spanish police are determined to dig dirt on regional politicians in the wealthy pro-secessionist region to curb their independence drive by hitting their credibility.

Last month, Interior Minister Jorge Fernandez Diaz was caught up in a controversy as taped conversations were leaked purporting to show him encouraging investigations against political opponents in Catalonia.