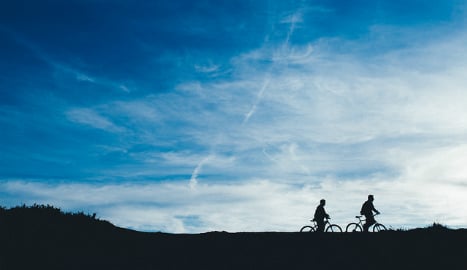 A man has been caught trying to cross over from Morocco to Spain’s North African enclave of Ceuta by disguising himself as a cyclist.

Officers from the Border Brigade of the headquarters of Ceuta’s National Police confirmed that on Monday they intercepted an Algerian national attempting to cross the border at Tarajal – the only crossing point between Morocco and the Spanish enclave.

The man tried to blend in with a group of Spanish cyclists also crossing the border but gave border officials a passport that was logged in their database as stolen.

Police also confirmed the arrest of a man, who, upon seeing the extensive controls taking place at the border, got out of his vehicle and ran back towards Morocco.

The man was carrying another man from sub-Saharan Africa in the back of his car, who did not have the necessary paperwork to enter Spain.

Migrants hoping to reach Spain have resorted to dangerous and unusual means to make their way to the country.

People have been found hiding in the spare wheel well of cars, inside the car bumper and even inside car engines.

In May 2015, a woman tried to smuggle an eight-year-old boy into Spain via Ceuta by hiding him in a suitcase. The boy was discovered when the suitcase was passed through an x-ray scanner.