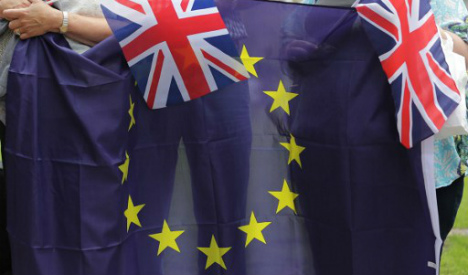 Committed supporters of Scottish independence may be dusting down their 2014 memorabilia and rehearsing their arguments now that the Brexit vote has raised the prospect of another referendum north of the border. Yet despite much talk about the sovereign will of the Scottish people, the gift of holding a referendum belongs to Westminster. As Enoch Powell claimed, “power devolved is power retained”.

When deciding how to respond to a demand for another referendum from Scotland, the UK government need not just rely on theories. It has a real example with the Spanish state’s handling of the Catalan question.

In 2012, the main nationalist parties in Catalonia won a decisive majority of the vote in the regional elections. They supported holding a referendum on self-determination in 2014 but this was vetoed by Madrid. As a result, support for a referendum rose to 80% and backing for independence hardened, while the nationalists were threatened with prosecutions if they went ahead. They were reduced to holding the referendum as a symbolic non-binding vote (80% voted for independence, though those in favour appeared overrepresented – the split is usually nearer 50-50).

Even this informal vote led the Spanish authorities to accuse the organisers of breaches of electoral law and misusing public funds. The then president of Catalonia, Artur Mas, was threatened with a trial which could have resulted in a ten-year bar on holding electoral office and 12 months' imprisonment.

The two main nationalist parties next formed an alliance that called for an early election for September 2015. Running under the name Junts pel Sí (“Together for Yes”), the plan was to turn it into a plebiscite on independence and secede by 2017 if pro-independence parties won a majority.

In the end they won 53% of seats but only 48% of votes, and only then in combination with a smaller pro-independence party on the far left. There was some debate about whether an electoral or absolute majority was necessary to trigger secession. Nevertheless, the new Catalan government decided to push ahead.

Since then, its efforts have been delayed by the fact that new Catalan president Charles Puigdemont has ruled out secession during this term, as have the far left grouping. It looks as though the nationalists have lost momentum and a unilateral declaration of independence next year looks unlikely, though the longer-term picture is far from certain.

But what lessons can the UK government take from all of this? It has good reason for refusing to grant the Scots another referendum. It may well have agreed to the last one assuming little risk of Scottish independence, and may not be so obliging in future.

A new prime minister will hardly want to start their tenure by losing part of the country. There may also be Westminster resistance to another Scottish referendum so soon after the last one, regardless of the circumstances.

Yet granting a referendum in 2014 set a precedent and demonstrating the same lack of flexibility as Madrid could easily backfire. Spain is testing to the limits the old claim of Irish nationalist Charles Stuart Parnell that no one can hold back the march of a nation. In the long term, Spain may even have made an independent Catalonia more likely.

On the other hand, the Spanish example does demonstrate that the state has considerable advantages in a constitutional dispute – not least having electoral law on its side. At the very least, a state can slow the process of statehood considerably.

In volatile times, a newly elected Conservative prime minister may decide that placing obstacles in the path of Scottish independence will convince enough risk-averse voters to think again. With the SNP accustomed – like their Catalan cousins – to behaving in a constitutionally legal manner, it is not entirely clear how they would react. The nationalists' best hope is to gain enough allies in the EU beforehand to make such a move extremely difficult.

One handicap for Scotland is that Spain and the UK share an obvious interest in obstructing regions with ambitions to become states. Spain is already intervening as Scottish First Minister Nicola Sturgeon holds meetings in Brussels to try and retain EU membership for Scotland. She is pushing a model similar to that of Denmark, an EU member whose Greenland and Faroe Islands territories are not in the EU. Spanish leader Mariano Rajoy is opposed to any equivalent scenario whereby Scotland and Northern Ireland remain in the EU while England and Wales moved outside. It is clearly not in Spain’s interest for the EU to be discussing a special deal with nationalists who favour independence.

In one sense it’s not entirely clear if this Spanish intervention is against UK interests, since it depends on what type of relationship with the EU the UK ends up negotiating. Should England and Wales end up outside the single market, it wouldn’t be workable for Scotland to be in the same state but with a customs border as a result of different policies on free movement. Either way, however, Spain’s intervention at this stage may have the perverse effect of making an indyref2 more likely.

On the other hand, Madrid could end up helping the British unionists by taking the line that Scotland would need to wait until after the UK has left the EU before it applies for membership. That could both reduce support for the referendum and reduce the nationalists' chances of winning in the event that it went ahead.

For these reasons, Spain both provides a lesson for Westminster in its treatment of Catalonia and is potentially its most important ally in heading off this second push for independence at the pass.