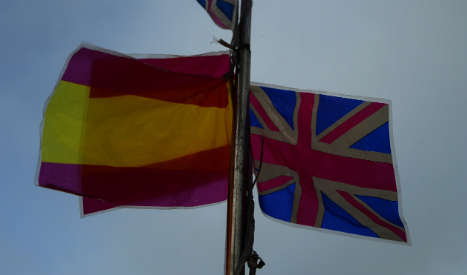 No-one will be asked to move home or even be made to apply for a visa or residency permit just yet, and we have been assured by Spain’s acting Prime Minister Mariano Rajoy that the up to one million Brits estimated to live in Spain are in no danger of losing their rights overnight.

We've covered the big issues, such as how Brexit might affect property, the rights to live and work here and whether we should all be thinking about taking Spanish citizenship, but now that the reality of Brexit is sinking in, a few more questions about the future of Brits in Spain have surfaced.

While we can’t give you any answers – except wait and see – these are just some of the issues that could have profound consequences when Britain is no longer an EU member-state.

Health treatment is currently free for those travellers with a European health insurance card (EHIC) and for UK state pensioners living in the European Economic Area.

As a result tens of thousands of British retirees currently enjoy free health care in Spain. That deal will automatically end when Britain pulls out of the EU and separate deals with European nations will have to be struck.

Before joining what was then the EEC, the UK had reciprocal health agreements with many European nations, including Spain, so a new deal is likely on the cards.

What will Brexit do to my pension?

If British citizens are still permitted to retire in an EU state, they may find their pensions affected, not least because at present, anyone who retires within the European Economic Area, has their state pension increased every year under the “triple-lock” system.

This means that pensions rise by the higher of wage or price inflation, subject to a minimum of 2.5pc. With Brexit the UK will have to negotiate individual reciprocal agreements with EU countries if annual state pension increases for expats were to continue.

“I’m worried for my parents,” Tania Garcia, a primary school teacher who now lives in Galicia, told The Local. “My parents, who are Spanish but spent all their working lives in London, have now retired back in Spain and are living off a UK pension. They have already seen their spending power drop with the result of the falling pound. But what next?” Will my driving license still be valid ?

Just as in the case of UK passports, driving licences issued in the UK are EU-branded and will have to be phased out as people renew them. But post Brexit will British driving licenses be valid in Spain or will people living here have to apply for Spanish ones? What about those expats who have already got themselves a Spanish driving licence? Will they be valid if and when you return to post-Brexit Britain?

“My British driving license is due to expire and I don’t whether I should renew with the DVLA or start the Spanish application and if I do will have to reapply if I move back?” asked Samantha, an English teacher living in Oviedo.

Will Brexit bother my four-legged companion?

Remember those days when pets had to suffer six-months of quarantine to bring them into the UK? The EU pet passport scheme put an end to that but for the thousands of Brits who take their furry pals back and forth between Spain and the UK each year, Brexit could be a disaster.

It could also have a dire impact on the charities that seek British homes for the animals abandoned in overcrowded shelters across Spain.

“It would be desperately worrying if the British vote to leave the EU had put international dog rescue and adoption at risk,” said Polly Mathewson form the Podenco Alliance, a charity supporting the rescue of Spanish hunting dogs.

How do I tell them?? #Brexit pic.twitter.com/6Y7hRIKINi

What about the study abroad programme?

The Erasmus+ scheme is an EU programme open to education, training, youth and sports organizations. It offers opportunities for UK participants to study, work, volunteer, teach and train in Europe. And thousands of British students opt to study in Spain each year, while the UK is the favoured destination for Spanish students.

Jo Johnson, Minister of State for Universities and Science, released this statement following the referendum result:

“The referendum result does not affect students studying in the EU, beneficiaries of Erasmus+ or those considering applying in 2017. The UK’s future access to the Erasmus+ programme will be determined as a part of wider discussions with the EU.

“More broadly, existing UK students studying in the EU, and those looking to start in the next academic year, will continue to be subject to current arrangements.”

But after Brexit, who knows? What will happen to roaming?

Mobile phone users across Europe are looking forward to the complete removal of roaming charges between EU states in June 2017 but the controls were introduced under an EU regulation and are not incorporated into UK law.

So the UK will have to negotiate their own deal with mobile phone operators once Brexit occurs or we will all be looking at a hike in roaming charges on trips back to Blighty. Who's going to police the Costa del Crime?

The Costa del Sol – once dubbed 'Costa del Crime' – has been known as a hideaway for British criminals in the past, particularly in the late 1970s and 80s when there were no extradition agreements with the UK.

Once the UK is no longer a member state it will automatically be excluded from access to EU agencies such as Europol, the EU police intelligence agency.

Britain and Spain enjoy particularly close relations on policing and more than 500 British felons have been arrested in Spain since 2013 thanks to initiatives such as Operation Captura, which produces a list of The Most Wanted British Fugitives thought to be hiding out in Spain.

“Once the European Arrest Warrant, which currently allows criminals who flee to another EU country to be brought back to the UK to face justice – disappears, we will have to negotiate anew,” a retired British police officer told The Local.

“No one wants to see a return to the days of the Costa Del Crime.” Whatever is on the cards for the next few months and years, just remember that right now nothing has changed.

Simon Manley, the British Ambassador in Madrid, has a message for you.

.@SimonManleyFCO explains what the outcome of the Referendum means for British expats in Spain pic.twitter.com/U7lZe287Ff

READ MORE Brexit limbo: What happens next for expat Brits in Spain?