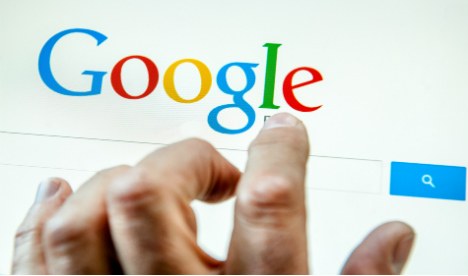 The US firm is one of several multinational corporations that have come under fire in Europe for paying extremely low taxes by shifting revenue across borders in an often complex web of financial arrangements.

“We obey Spain's tax legislation as we do in every country that we operate in,” the company said in an official statement in reaction to the raids.

“We are cooperating with authorities in Spain to respond to all their questions, as always.”

According to the El Mundo daily, which broke the story, authorities suspect Google of not declaring part of its activities in Spain.

It said that the probe centres on the payment of VAT and a tax on the income obtained by companies or people in Spain that are not registered as residents in the country.

Google's European headquarters are in Ireland, which has some of the lowest corporate tax rates on the continent.

A source close to the tax probe, who refused to be named, confirmed the raids were taking place but would not give further details.

The news comes just over a month after police and two dozen computer experts raided its Paris offices in a fraud probe.

And in January, Google agreed to pay £130 million (€157 million, $175 million) in back taxes in Britain after a government inquiry sparked by a public outcry.

Italy has also demanded more than €200 million from Google, which is accused of perpetrating tax fraud there for years.

Google CEO Sundar Pichai has defended the firm's tax practices in the past.

“We're advocating strongly for a simpler global tax system,” he said in Paris early this year.

But authorities in the United States and several European countries have begun cracking down on so called “tax optimisation” practices thought to rob their coffers of billions of euros in potential revenue every year.

The European Union has also been investigating “tax rulings” by some member states that benefit multinationals.

Brussels is probing online retailer Amazon's tax arrangements in Luxembourg, for instance, one of a series of such probes targeting major global firms, including Apple, Starbucks and Fiat.