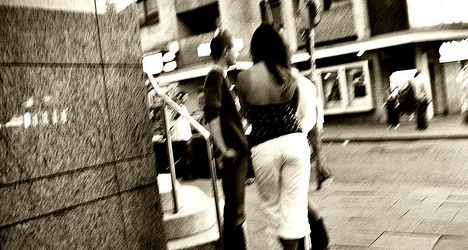 The measure was approved by the council's Department of Equality, Social Rights and Employment and will help recuperate the income the women will lose from leaving prostitution to start educational courses in September.

“A lack of formal education and qualifications is a risk factor that can push people into prostitution and proves a significant barrier to leaving it,” Madrid City council said in a statement announcing the plans.

“For that reason, training is a crucial factor in the women’s’ long term success at leaving prostitution.”

The 31 women who will receive the scholarships are currently enrolled in a programme in the Centro Concepción Arenal, the city’s first social centre dedicated to helping prostitutes rejoin society.

The centre designs specialized plans for each woman, which will include the training programme.

The course will be divided into two parts, which will include both theory and practice, with around 300 hours of training per person.

The courses will also include classes on social and personal skills as well as how to manage technology.

The women will undertake work experiences in various businesses.

Prostitution isn't illegal in Spain, although pimping – profiting from someone else having sex- is against the law and soliciting for sex is prohibted in certain areas, such as near schools or public transport hubs.

According to Spain's office of National Statistics (INE) prostitution accounts for 0.35 percent of Spain's GDP, equivalent to €3.8 billion.