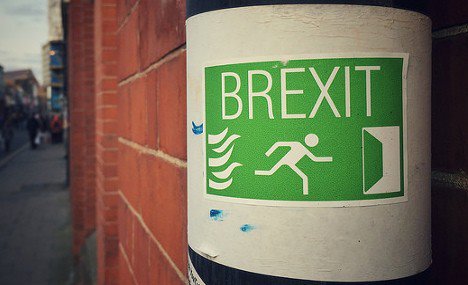 Britain has voted to leave the EU, by an expected margin of 52 percent to 48 percent, sending shockwaves around Europe.

After it initially appeared that the “Remain” campaign was on course for victory, the results that drifted in throughout the early hours of Friday morning, proved that many opinion polls, the bookmakers and political experts had got it wrong.

The result send the value of the pound crashing, recording it's biggest drop in over 30 years. Financial forecasters believe it will tumble even further throughout the day.

While the result will have major bearing on the future of Europe and on the futures of Britain's political parties, it will also have a major impact on the lives of many Brits living throughout the EU.

The fall in the value of the pound will have severely hit the value of pensions – often the only form of income for British expats and may make it unaffordable for many to stay abroad.

“I just can’t believe it, what will happen to the UK now and to our rights as Brits living and working abroad?” said Mary Reid, a primary school teacher from the Midlands living in Madrid.

“One of the first things I am going to do is consult a lawyer and see where I stand on getting Spanish nationality,” said the mother-of-one.

Carrie Frais, the Barcelona-based founder of MumAbroad Spain voiced the fears of many expat mothers who had chosen to bring up their children in Spain.

“I am truly shocked by the outcome of the referendum. Speaking on behalf of many British mothers who have chosen Spain as their adoptive country we know how important the UK is to the livelihoods and jobs of those working in the tourism and property sector, not to mention all the other thousands of industries which have gained from British investment here,” she told The Local.

“The weakening of the pound is bound to have a significant and immediate effect and no-one can be sure of other restrictions imposed on UK investment in Spain in the future, not to mention the future of British people living and working here. It is indeed worrying times,” she said.

“I am shocked at the result. Too many brexit voters are living in the past. They should be looking to the future, thinking about our children,” Lisa Sadleir who runs a relocation business in Malaga told The Local.

“We won't be directly affected here as we have been legal residents for many years. However I think many expats, who have been  living here, without the correct paperwork will be very nervous, and rightly so.
“Our decision now is whether to swap our non EU British passports for Spanish ones,” she added.
“I'm a little concerned about my future as resident here but US citizens and people from many other countries seem to get by so it's probably just a fear of change,” said Simon Harris, who has lived in Catalonia for 28 years.
“We have two years of negotiations before the consequences of Brexit really kick in and I'm confident that the rights of long-term residents will be borne in mind, if only because any kind of mistreatment would provoke a tit-for-tat response against Spanish citizens in the UK.
“If the worst comes to worst, I might have to make an honest woman out of my long-standing partner or apply for Spanish citizenship, both of which are appealing options,” he said.
“I am in total shock at the result. It's a sad, sad day for Britain and only time will tell what the consequences of this will be,” Jane Spivey, who runs language academy Two Bird Languages, told The Local.
“I'm devastated by the news that my home country has voted for racism, isolation and has thrown aways years of stability and peace,” said Natasha Mason  of Lets Education Training.
Across the south of Spain, expats were waking up to an uncertain future, with many retirees who live off a British pension realizing their spending power was instantly affected.

“Expats living in Spain are now facing an uncertain future for sure,” said Maura Hillen, who in May 2015 was elected as a councillor in Albox.

“I don't think that anyone can predict what will happen next at this early stage but the most immediate impact will be volatility in the markets which will affect exchange rates and therefore the value of our spending power in Spain.

“We will need to wait a little longer to find out what happens in terms of access to health care, our tax status etc and I assume that UK citizens will lose the right to vote in municipal elections in Spain which means that any influence we held in our local town halls will come to an end.”

One of the biggest fears was the effect the Brexit win would have on British investment in Spain.

“The decision to leave poses risks to the very strong British investment in Spain which has been responsible for the creation of 240.000 jobs in recent years. We hope that these risks can be minimized by the British government and European Union giving clarity as early as possible to business regarding the future trading conditions that they will face.”

The effect of the Brexit vote would be immediate, he warned, and create an uncertain future.

“The strongest short-term effect on business will be related to currency fluctuations and stock market valuations. Regarding the medium and long term much will depend on the results of the years of negotiations that the United Kingdom faces and we currently have no information or precedents to indicate how they will develop.”

“An uncertain future is never positive but international trade will continue, relations between Spain and the UK will continue and the path to future collaboration and prosperity will become clearer during the coming weeks and months,” Dottie added.