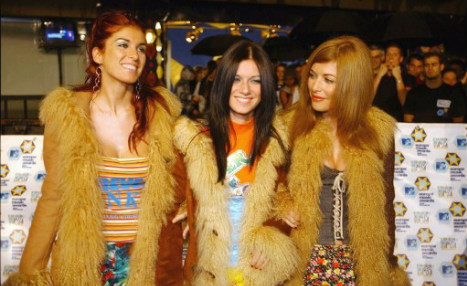 The Ketchup Song is one of the biggest selling singles ever. Photo: AFP

Even if you don’t recognize the name, we guarantee that you won't have forgotten the song.

Cast your mind back to the summer of 2002. Peasant tops and gypsy skirts were in fashion and The Ketchup Song was on the radio. For one whole summer it was the only song any holiday resort played – the background melody of steamy summer evenings… whether we liked it or not.

Amazingly, the song sold over seven million copies around the world, around the same as the Beatles’ Can’t Buy Me Love, Roy Orbison’s Pretty Woman and The Spice Girls' Wannabe.

It went down in history as one of the biggest one-hit wonders to ever come out of Spain, alongside Macarena by Los Del Rio (which spawned a viral dance craze when Psy (of Gangnam Style fame) was a mere boy.)

But after going global in 2002, what became of Las Ketchup? 14 years after they set the charts on fire with a song about a condiment, The Local investigates… Las Ketchup was made up of the four Muñoz sisters: Lucía, Lola, Pilar and Rocío (who joined later), the daughters of Spanish flamenco guitarist El Tomate (there's a theme here).

They achieved worldwide fame with their 2002 hit The Ketchup Song, which sold over seven million copies. Their album, Hijas del Tomate, went on to sell over 12 million.

Like all good viral songs, especially those to come out of Spain, The Ketchup Song also had a dance routine (see below).

But as the group struggled to emulate the success of their first hit, they sank into obscurity, cementing their position as one of the biggest one-hit wonders the world has ever seen.

Las Ketchup took some time off to write their next album after their epic 2002 summer and reappeared to represent Spain in the 2006 Eurovision Song Contest with another song based on the tomato: Un Blodymary (sic).

Unfortunately the song finished in 21st place with only 18 points.

The group have not released any new music since 2006 but continue to tour around Spain and surprised fans in 2016 when they made a surprise appearance at Sweden’s Melodifestivalen music festival.