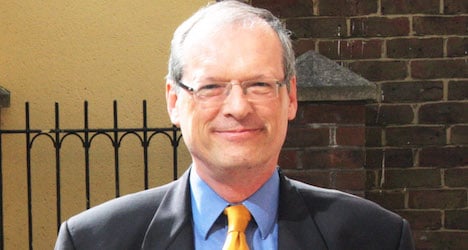 George Cunningham warns that many Brits abroad will have missed the chance to vote.

Around 300,000 expat Brits have registered to vote in the EU Referendum on 23rd June, three times as many as for the 2015 General Election. While this is a partial validation of the Electoral Commission’s voter registration drive, successful registration is not the same thing as successful voting.

As we’ve noted before, local British councils need to ensure overseas voters actually receive their postal ballots in time to send them back before polls close in the UK on 23rd June. The debacle of the 2015 General Election is still fresh in many minds, when many ballots were sent out late.

So we asked our Brussels and Europe Liberal Democrat members (in 22 countries) who were allowed to vote to monitor whether they received their postal votes without any glitch.

Now the worrying. With less than a fortnight to go, ballots had not arrived with our members from at least three councils: Taunton (Somerset), Eastleigh (which was not sending out the individual’s ballot until 15th June!) and Kettering.

We’ve asked people to stay on the case and let us know when their ballots do arrive. I had to intervene personally with the British Embassy in Brussels in light of last week’s concern that pre-franked envelopes were not being accepted by a small number of post office counters in Belgium (and Germany). The Electoral Commission issued a statement reassuring that all internationally-franked envelops are acceptable but that news clearly sometimes does not filter through to local post offices.

We are also encouraging Brits abroad to send their ballots back with extra stamps or even by registered post, particularly if their ballot is late arriving, as a member in Portugal’s did.

In the short term, there is really no excuse for councils to be slow about sending out the ballots of overseas voters. We know they are under-resourced and dealing with an unprecedented surge in voter registration. But this referendum hasn’t taken anyone by surprise. It’s been known about for months.

In the longer term, if the Government moves ahead with its manifesto promise to lift the 15 year rule in time for the expected 2020 General Election, there needs to be a concerted effort to create a proper set of overseas constituencies, particularly important as the issues faced by expats are different from the ordinary Brit.

The Government, Electoral Commission and local authorities all say they want to improve democratic participation. Well fine. But don’t make it difficult (or indeed impossible) for people who actually want to take part.