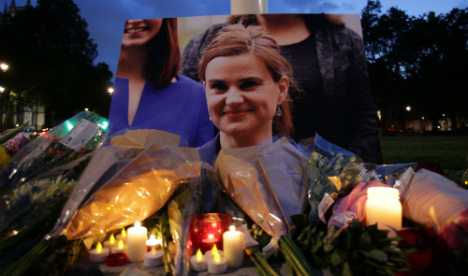 In a rare show of solidarity, Spanish and Gibraltarian politicians universally condemned the murder of British MP Jo Cox on Thursday.

David Cameron, who had been due to make the first trip to Gibraltar by a British Prime Minister since 1968, immediately called off a planned anti-Brexit rally upon hearing news of the attack.

Jo Cox, a Labour MP for Batley and Spen was shot three times and stabbed during the attack in Birstall, West Yorkshire on Thursday.

Gibraltar First Minister Fabian Picardo said calling off the rally was “the right thing to do”.

“This is a truly appalling attack on a serving MP working hard to serve her community,” the Government of Gibraltar said in a statement.

“Jo Cox was a universally respected Member of Parliament who fulfilled her democratic duty to the very best of her abilities. This horrific act is an attack on democracy and the British freedoms that Jo Cox worked so diligently and passionately to defend.”

Pedro Sánchez, leader of Spain’s Socialists, wrote: “Profound pain at the death of Jo Cox. Solidarity with the British Labour Party, her family and friends. Violence is never the way.”

Pablo Iglesias, the leader of Spain’s left-wing Podemos and Ada Colau, the mayor of Barcelona, also tweeted their condolences.

Deeply shocked to hear about Jo Cox. Our thoughts are with her family and friends.

Shocked to hear the devastating news that Jo Cox has died. My thoughts are with her family and friends

Catalan regional president Carles Puigedemont replied to Colau's tweet with his own message: “Shocked and saddened by the tragic death of UK MP Jo Cox. Heartfelt condolences to her family and the British people.”