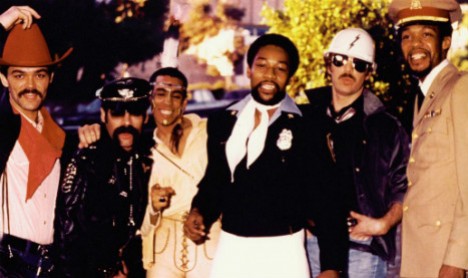 The Village People had a famous hit with "Macho Man". Photo: Mariano Casciano/Wikimedia

A councillor for the conservative Popular Party (PP) in Mallorca has voted against a bill to give LGBT people more protection by arguing that everyone should be given more visibility, especially men who should be allowed a “macho day”.

Carles Simarro, a PP councillor in Soller, Mallorca on Thursday proposed a “macho” day in response to a bill proposed by the parties Més, the Socialists and Guanyem that would defend and protect the rights of LGBT citizens.

Simarro, who is the former mayor of Soller, abstained from the vote on behalf of the PP, arguing that “all groups needed visibilization, not just LGBT people”.

He added that this could be in the form of a “macho day” (día del machote) or a “day of the girl of the rest of my life”.

Catalina Esteve from the Més party, argued that it was vitally important that public institutions declare themselves against homophobia, citing the recent attack on a gay club in Orlando, Florida, which left 49 people dead.

Despite the abstention of five PP councillors, including Simarro and the no vote of one PP councillor, the bill was passed with the support of opposition parties.

Spaniards took to social media to condemn and poke fun at the comments.

“Do you know who were very “macho day”? The Village People,” wrote another Twitter user.

“I hope macho day has its own official dance and song…” wrote Marie Pérez.