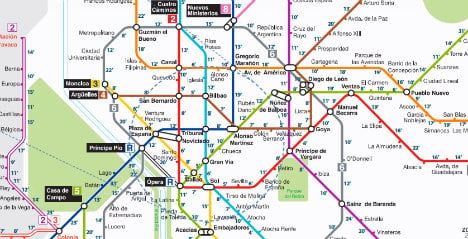 How long it takes to walk between Madrid's metro stations. Map: Geoblink

Commuters have been plagued by delays this week, as metro drivers have been striking since Monday over pay and holiday disputes.

But one way to beat the delays is to get out into the fresh air and walk between stations and there is a new map that can help you plan your journeys.

The company Geoblink, which specializes in geolocation technology, has designed a map of the Madrid metro with the times it takes to walk between each station. The map shows that with such short distances between some stations, it might generally be better walking than taking the metro.

It takes only six minutes to walk from Gran Vía to Sol and only seven minutes between Opera and Sol – Madrid's central point and popular meeting place.

Metro drivers – who have been on partial strike all week – are demanding changes to their working hours and practices, including finishing their shifts at the same station where they start.

To make matters worse, Renfe, Spain's train operator,  cancelled 72 of its commuter trains in Madrid out of 111 cancellations across the country on Tuesday, with further strikes – and cancellations – expected on June 16th, 24th, 29th and July 1st.

The company was criticized for not complying with the legal “minimum service” required during strikes, and cancellations affected up to 9,000 passengers.

Line 1 of Madrid's Metro will be closed between June 18th and October 28th for repair work. The closure will affect 23 stations across 13.5km. 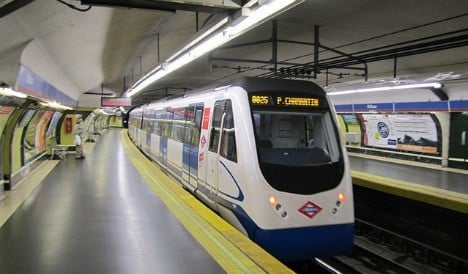 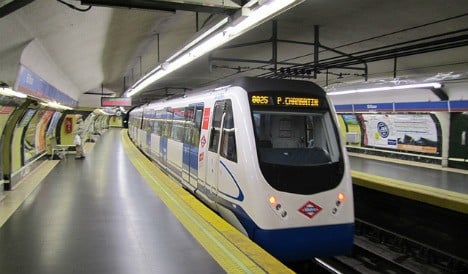