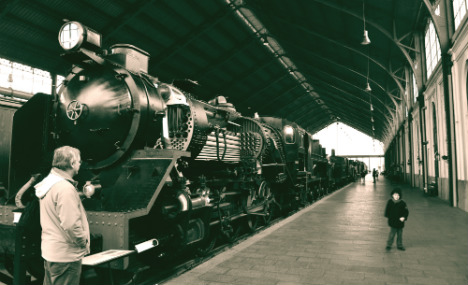 This week sees the publication of his book, Movies Made in Spain, the fascinating history behind hundreds of films shot on location across Spain.

What first brought you to Spain?

After some time in Italy and Yugoslavia (as it then was) I came to Valencia in 1981. It’s an old story, I met a girl, I came I saw and she conquered me.

She is now my wife and we have three sons.

How did you first become interested in Spain cinematic history?

I was writing for a newspaper (The Costa Blanca News) about the English language and etymology mostly, and then they asked me to expand and so I started looking for Anglo-Spanish topics and I think the first one was Lawrence of Arabia. As I started investigating I was surprised to discover how many films were made in Spain. Films like Doctor Zhivago, 55 Days at Peking, and even a John Lennon film, How I Won the War, one of many directed by Richard Lester in Spain.

Tell us about the book

It’s the climax of ten years work in which I tell the story of over 700 (720 actually) English language films made in Spain since the 1920s, culminating with Brad Pitt’s recent filming in The Canary Islands.

What five surprising facts might people discover if they read the book?

Lots of the Battle of Britain (Guy Hamilton, 1969) was made here using Spanish Airforce planes.

In 1970, the armies of Cromwell (Ken Hughes, 1970) and Patton (Franklin J Schaffner, 1970) coincided on a mountain range in Navarra where both films were being made.

The Good the Bad and the Ugly (Sergio Leone, 1966) ends not in Almeria were many of the Spaghetti films were shot but in Burgos. The cemetery where the final shootout takes place is being restored by a group of enthusiasts.

Stephen Spielberg has made two films in Spain; Empire of the Sun (1987) and Indiana Jones and the Last Crusade (1989).

Is there a lot of interest in film location tourism?

Cinema tourism is more of a complement than an attraction in itself. There are fanatics who look for the exact spot where Sergio Leone stuck his camera, but it’s more a case of tipping the scales in favour of Spain, or one part of Spain because there is an added attraction

The purpose of the book is to encourage cinema tourism in Spain and to help people find and enjoy the locations of all those films.

Movies Made in Spain by Bob Yareham has been published by the Valencian publisher Obrapropia and can be bought on-line as a paperback at 15€ or as an e-book at 10€. The e-book version contains 50 original photos.