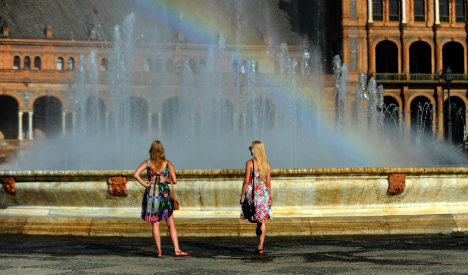 “This week will be characterized by lower than average temperatures for this time of year,” said Aemet spokeswoman Ana Casals.

“Temperatures will descend due to strong winds caused by storms over the British Isles,” she added. Spain has been sweltering under soaring temperatures since early June, recording the hottest day of the year so far on Thursday 9th June.

The south of Spain will experience the greatest change in temperature, with temperatures falling by as much as 15C in Granada and Murcia on Wednesday compared to Monday.