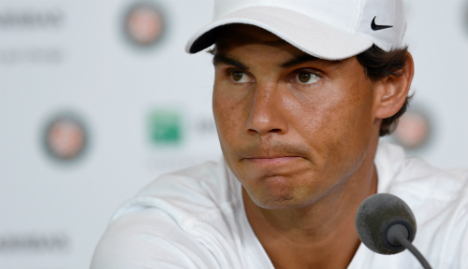 “Hi everybody. I'm sad to announce that after talking to my doctors, and receiving the results of my last medical revision, I won't be able to play at Wimbledon this year,” wrote the 30-year-old who is desperate to be fit for the Rio Olympics in August.

“As you can all imagine, it's a very tough decision, but the injury I suffered at Roland Garros needs time to heal.”

He pulled out of the French Open, where he has been champion on nine occasions, after injuring a tendon in his left wrist having played just two rounds.

Nadal has endured a roller-coaster relationship with Wimbledon. He missed the 2004 and 2009 events through injury.

His suffered a second round exit in 2012 to Lukas Rosol, a first round loss against Steve Darcis in 2013, a last-16 run in 2014 which was ended by Nick Kyrgios while he was knocked out in the second round last year by Germany's Dustin Brown.

Argentina's Juan Martin del Potro, the 2009 US Open champion whose own career has been blighted by wrist injuries, backed Nadal to return to the big time.

“My advice is just to take your time,” said del Potro in Stuttgart where he is playing this week's grasscourt tournament.

“Don't push yourself and don't risk. The wrist suffers when you play and train. If you are not feeling at 100 percent then you need to wait.”

“Rafa is s big fighter, I'm sure he will be back on the courts very shortly.”

On Wednesday, his uncle Toni, who is also his long-time coach, admitted that there had been no time set for his nephew's return.

“We don't want to put in danger his participation in the Olympic Games,” said Toni Nadal.

“(Rafa) will return when the doctors are convinced that all is going well. He won't play unless he's 100 per cent.”

Wimbledon, the season's third Grand Slam event, gets under way at the All England Club on June 27th.

Nadal, the world number five, is keen to play at the Rio Olympics after being unable to defend his gold medal at the 2012 London Games because of a knee injury.

He had been scheduled to be his country's flag-bearer at the opening ceremony.

Nadal has been plagued by injuries throughout his career with a right wrist problem forcing him to miss the 2014 US Open.

In 2015, he slumped to 10 in the world at one stage, his lowest ranking in a decade and also failed to win a Grand Slam title for the first time since 2004.

A statement on Thursday from Nadal's agent Benito Perez-Barbadillo read: “Rafa's left wrist will continue (to be) immobilised for a maximum of two weeks. After that the player will start an anti-inflammatory rehabilitation and physiotherapy-based treatment once the cast is removed.”

Wimbledon will also be without another former champion this year after 2004 women's winner Maria Sharapova was banned for two years for failing a doping test. 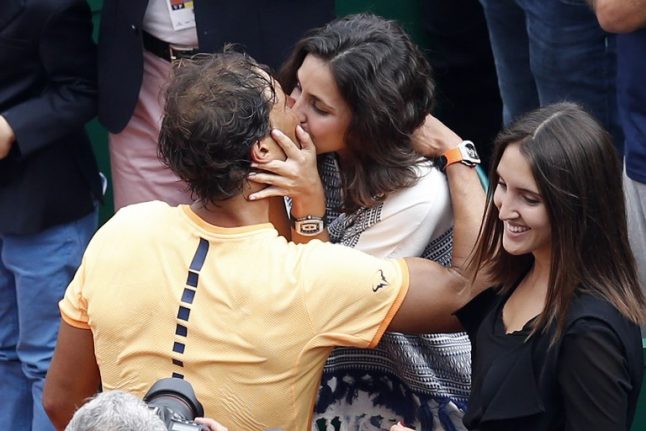 RAFAEL NADAL
Rafa Nadal to wed Xisca, the woman he has been with for 14 years 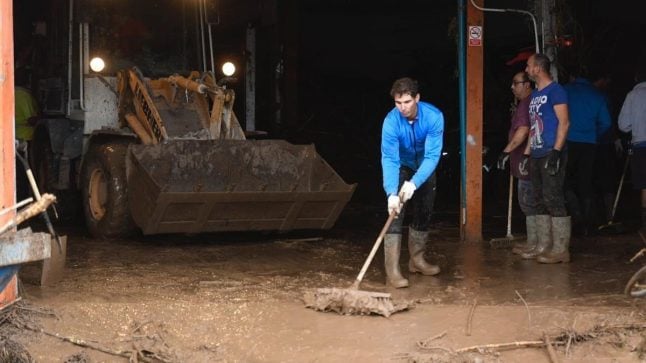