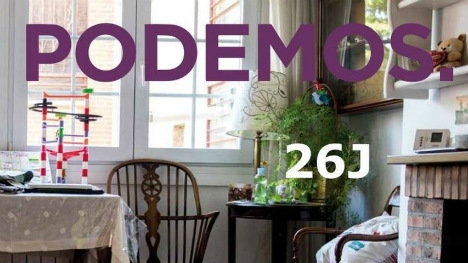 A crazy cat lady walks into a shop and asks for 70kg of cat food for her 122 cats.

“You must really love cats,” says the shop assistant.

“Not especially,” the woman replies, “it’s just that I’m totally against dogs.”

Then comes the tagline:

“Doing things because you are against them doesn’t make sense in real life. Don’t do it when you vote.”

No, this isn’t a sketch for a surreal comedy show, it is the latest campaign advert for Spain’s conservative Popular Party, which is hoping to cling onto power after the general election on June 26th.

READ MORE: Why Spain is heading for a Groundhog day election

It failed to win enough votes in the December 22nd election which led to months of fraught attempts at pact-making which eventually came to nothing – and the calling of a second general election.

In the advert, the PP seems to be suggesting that they know you, the voter, are “totally against” them, but it doesn’t mean you should vote for another party just because you can’t stand the PP.

If this is the best political message they can give mere weeks before the election then they do not stand much chance of winning over Spanish voters.

“This can’t be serious, can it?” one YouTuber wrote below the video.

“Translation: we know we’ve been bad, but don’t punish us by voting for others,” wrote another YouTube user, possibly referring to the many corruption scandals that have plagued the PP.

On the other end of the political spectrum, left-wing party Podemos, which grew out of the indignados protest movement, has decided to go all Ikea and present their campaign promises inside one of the store’s famous catalogues.

But what appears to have been shot inside an Ikea store was actually shot inside the real houses of Podemos members. They just really like Ikea.

The catalogue features prominent Podemos members such as leader Pablo Iglesias and his deputy Íñigo Errejón relaxing at home and working in their offices, combined with the party’s pledges ahead of the June 26th election.

But as well as reading all about Podemos’ progressive vision for Spain, Spaniards have been focusing on the funny “hidden details” inside the catalogue.

El Español published a series of “things you never noticed about the Podemos-Ikea catalogue”, which brought up some interesting – and funny – details.

One such detail is Pablo Fernández’s fan-boy love of his party, as seen by the Podemos secretary for Castilla y Leon's laptop, which is plastered with Podemos stickers. Go Podemos! Another detail that has had Spaniards laughing is the fact that unlike many of the other party members, Íñigo Errejónm, Podemos' number two, is photographed in his office and not at home.

“Mum and dad wouldn’t give you permission to film at home?” quipped El Español of the MP who is constantly ridiculed for his boyish looks. In yet another shot, Nagua Alba, the secretary general of Podemos in the Basque Country, is pictured brushing her teeth using a toothbrush missing a vital component… the toothpaste. But she does put in a great acting performance. “An Oscar worthy performance” according to Spanish newspaper, El Español.