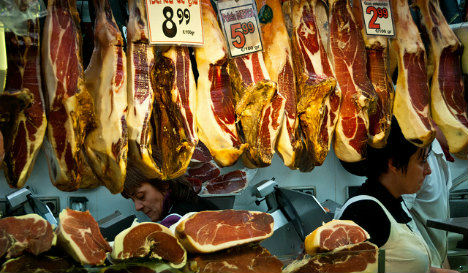 Cutting back on fat isn't necessarily good for you. Photo: Stijn Nieuwendijk/Flickr

The low-fat movement has not prevented a global epidemic of obesity linked to health concerns such as diabetes, heart attacks and stroke, said researchers who probed whether fat in olive oil and nuts pile on the pounds.

Of nearly 7,500 overweight and obese people enrolled for a trial in Spain, those who boosted “healthy” fat intake did not gain more weight than those who tried cutting back on all fat, researchers found.

“Our trial demonstrates that a high-fat, high vegetable diet such as (a) Mediterranean diet does not promote weight gain,” study author Ramón Estruch of the University of Barcelona told AFP.

Commentators cautioned against reading too much into the trial, which targeted a very distinct group of people: Caucasians aged 55-80, already overweight and at risk of heart disease.

Even those limiting fat had much more of it in their diet than the 30 percent recommended by the UN's World Health Organization (WHO), they said.

For decades, dietary fat has been blamed for artery-clogging cholesterol linked to heart disease and stroke.

Recently, researchers started poking holes in the hypothesis, and seeking to distinguish between different fats.

In April, a study said replacing animal fat with vegetable oil seems not to lower heart disease risk, and may even boost it. Too fat, or not too fat?

Last October, a review of 53 scientific studies said low-fat diets did not yield greater weight loss than low-carb ones.

The latest study divided people into three groups. At the start, fat represented about 40 percent of the diet of all the individuals.

Two of the groups were allowed an unrestricted-calorie “Mediterranean” diet – one with as much olive oil as they wished, and the other with unlimited nuts.

The third group were given the traditional, avoid-all-fat, advice.

After five years, the third group had reduced fat intake to 37.3 percent, while the other two increased theirs to about 42 percent.

People lost a little weight in all the groups – less than a kilogramme on average. All saw a slight increase in average waist circumference, especially the “low-fat” group.

This meant “the fear of weight gain from high-fat foods need no longer be an obstacle to adherence to a dietary pattern such as the Mediterranean diet” with its widely-documented health benefits, said Estruch.

However, the findings did not amount to a blank cheque for eating “unhealthy fats” such as processed meat, sweetened drinks, deserts or fast foods, he added.

In a comment carried by the journal, Dariush Mozaffarian of the Massachusetts-based Tufts University Friedman School of Nutrition Science and Policy, argued it was “time to end our fear of fat”.

“Dietary guidelines should be revised to lay to rest the outdated, arbitrary limits on total fat consumption,” he wrote.

“Calorie-obsessed caveats and warnings about healthier, higher-fat choices such as nuts, phenolic-rich vegetable oils, yoghurt, and even perhaps cheese, should also be dropped.”

Some were more cautious.

“The differences in fat and carbohydrate intake between different groups was rather modest and therefore the results don't support either a low-fat or low-carbohydrate approach to weight loss,” University of Reading nutritional scientist Gunter Kuhnle told the Science Media Centre in London.

Added University of Oxford diet expert Susan Jebb: “It is impossible from this study to draw any conclusion about the impact of low fat diets on body weight.”

The World Health Organization said it would publish a review of fat guidelines this year.

“At the moment, the WHO still recommends to keep the energy intake from fat low,” the UN body's nutrition head Francesco Branca told AFP.

“Certainly we don't recommend to increase ad libitum (as desired).”

In countries where fat intake has skyrocketed, such as China, there has been an associated rise in obesity and health problems, he pointed out.

A healthy diet will vary from person to person, said Branca, depending on factors such as age and lifestyle, and “isolating a single nutrient from the context of the dietary recommendation can be a little bit problematic.”

Published in The Lancet Diabetes & Endocrinology, the study was funded by the Spanish government.

Oil and nut companies donated the olive oil and nuts that the trial participants consumed, but had no role in the study design, data collection or analysis, the authors said.