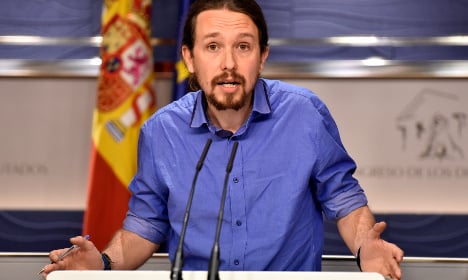 That result would be comparable to the 28.7 percent, which the party obtained in an inconclusive December 20th general election that resulted in a hung parliament.

The Socialists, however, would drop from the second to third place, garnering just 20.2-21.6 percent while Unidos Podemos — an alliance made up of Podemos and its smaller rival Izquierda Unida — would receive 23.7-25.6 percent.

The Socialists, long the voice of Spain's left, captured 22 percent of the vote during the last election, just ahead of Podemos which got 20.7 percent.

Podemos, a close ally of Greece's ruling Syriza party, in early May formed an alliance with Izquierda Unida, a far-left party, to run together in the June 26 repeat elections.

Centrist party Ciudadanos would be fourth with 14-16.6 percent support, the polls showed, compared to 13.9 percent in December.

“We once again face a complex political situation which could see the formation of a new government delayed until after the August holidays,” El Mundo wrote in an editorial.

Spain has been governed by a caretaker government with limited powers since the December 20th polls which put an end to the country's traditional two-party system as voters fed up with austerity and corruption scandals flocked to new groups.

The four parties which won the most seats were unable to agree on a governing coalition, leading King Felipe to call fresh elections, Spain's first repeat poll since the country returned to democracy following the death of dictator Francisco Franco in 1975.

The opinion polls were carried out May 31st-June 3rd.