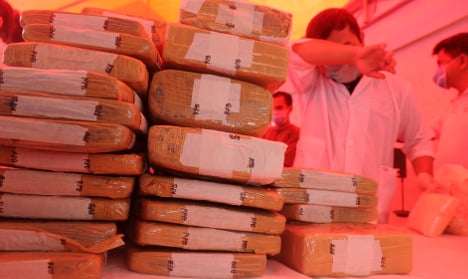 He was arrested at the airport last week with two other men who were trying to board a flight to London's Gatwick airport with 4.5 kilos of marijuana in their hand baggage, police said in a statement.

“One of those arrested worked as a security guard at the airport and he allowed — in connivance with the other two who were arrested — drugs to be transported in their hand luggage,” it said.

The authorities suspect the men, Spanish nationals between the ages of 30 and 43, belonged to a drug trafficking ring.

Police were not able to say how much marijuana the trio may have smuggled into Britain before they were arrested.

The authorities said they had acted on a tipoff.

Located at the crossroads of North Africa and western Europe, Spain is a major transit point for drugs.

Spanish police seized around 100 tonnes of hashish last year, roughly the same as in 2014.