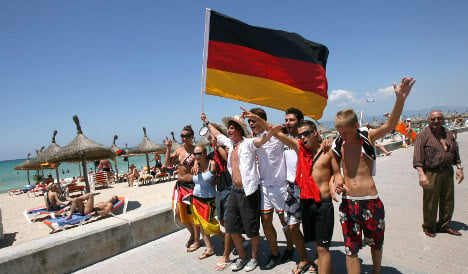 Police patrolling the s'Arenal beach on the island of Mallorca on Monday night noticed some men fighting in the street, according to Balearic Island news site Ultima Hora.

The police found that two German tourists had stolen ten beach towels from a small shop and when the store's manager noticed, he ran after them into the street.

One of the Germans then attacked, starting a fight.

Apparently the Germans had gone after the towels as part of a bet.

The officers arrested the tourists for 'robbery with violence'.

Another pair of thieves were also arrested early on Thursday morning by Palma de Mallorca police for stealing the belongings of couples who would leave behind their things to have sex on the beach.