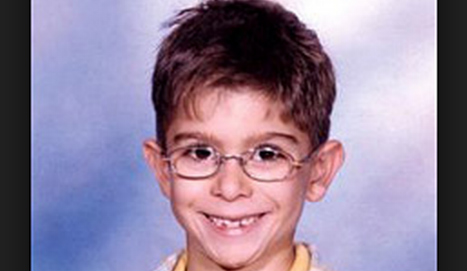 His case was linked to that of Madeleine McCann, the British three-year-old who disappeared from her holiday apartment in the Algarve just two months later.

Despite repeated public appeals and cold case reviews, no suspect had ever been identified for the boy’s disappearance.

But now a team from Spain’s Guardia Civil have a new lead and are said to be questioning a suspect over Yéremi’s disappearance.

The man, who is now 56, is currently serving time in jail for an unrelated sexual offence, according to a report on Antena 3. He is facing charges of kidnapping and murder over Yéremi's disappearance.

He was named as Antonio Ojeda, also known as Juan El Rubio, a neighbour of the Vargas family in the town of Santa Lucia de Tirajana , where Yéremi was last seen playing outside,

Last year, detectives travelled to Scotland to interview two jailed paedophiles who had been in the Canary Islands at the time of Yéremi’s disappearance.

William Lauchlan and Charles O’Neill are both serving life sentences for killing 39-year-old Allison McGarrigle in 1997 after she planned to report them for abusing a boy.

Investigators had launched a public appeal for help in tracing a man, aged around 40, who was seen near the place Yéremi was snatched in a white Renault 5 Oasis wearing a baseball cap.