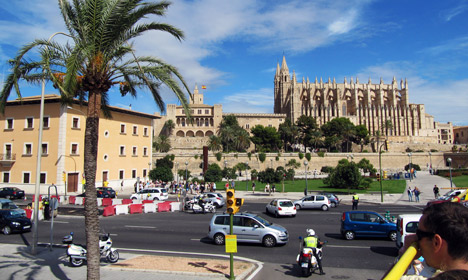 The tourist's death was described as "violent and bloody". Berit Keilen / SCANPIX
The woman was found dead in a Mallorca apartment on Monday.
“The Ministry of Foreign Affairs is aware that a Norwegian citizen has been found dead in Spain. Relatives have been notified,” ministry spokeswoman Astrid Sehl told VG.
VG contacted local police, but they declined to comment on the case.
Local newspaper Diario de Mallorca reported that the woman was a 61-year-old Norwegian tourist.
She was found on Monday in a flat in the resort of Can Pastilla on the southern coast of Mallorca that she shared with her partner. The newspaper described the death as “violent and bloody”.
Police initially thought she may have slit her wrists in a suicide attempt but have not discounted other hypothesis, including that she may have been a victim of a crime.
Neighbours reported hearing a furious row from inside the apartment the day before she was found dead, according to local newspaper reports.
Police reportedly had difficulty identifying the woman as the tourist apartment she was found in had been rented under a different name.
Investigators told Diario de Mallorca that the woman is assumed to have died late on Sunday night or early Morning morning.
The woman’s body was due to be examined on Monday morning.