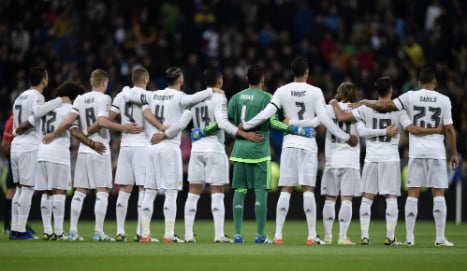 Real Madrid supporters in Iraq were attacked by Isis for the second time in little more than two weeks, leaving 12 people dead and eight injured.

The attack took place during the last minutes of Saturday night’s Champions League final between Real Madrid and Atlético Madrid, when Isis gunmen opened fire on the Real Madrid Supporters Club in the town of Baqubah, 50 kilometres north of Baghdad.

Four men stormed into the club just as the second half of extra time was drawing to a close, reported Spanish sports newspaper, As. They fled the scene and have yet to be captured.

Spain’s football authorities have condemned the attack, with the official Twitter account for La Liga writing on Sunday: “La Liga expresses its condolences after the death of the victims of an attack against a Real Madrid fan club in Iraq.”

Real Madrid President, Florentino Pérez, even dedicated the team’s win to its fans in Iraq, saying that “in moments as emotional as this I would like to dedicate this win to our fans in Iraq, who show the true values of Madridismo.”

It is the second attack in the space of two weeks against supporters clubs in Iraq – a May 16th attack on a club in the town of Balad, less than an hour from Baqubah, left 16 sport fans dead.

For many Iraqis, the supporters clubs provide a brief respite from the day-to-day struggles of life in an increasingly dangerous and volatile area.

“It was the only place we could forget the problems of life in Iraq,” Maher Abdelkarim, who survived Saturday’s attack, told Spanish daily El País.