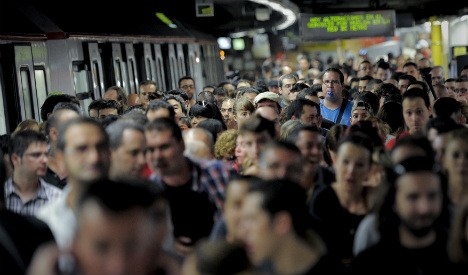 Barcelona Metro is running at severely decreased capacity during certain hours on Monday as workers begin a four-day strike over their collective bargaining agreement.

On Monday, Tuesday and Wednesday the metro will be running a “minimum service” of 40 percent during rush hour  – between 7am and 9am and between 4pm and 6pm – while a mere 20 percent of trains will be running between 8.30pm and 10pm.

Barcelona Metro admitted the trains running this week are “insufficient” and is recommending that travelers, if possible, take a different mode of transport.

Workers are striking over a series of disputes over pay and work conditions, centering around new conditions in their collective bargaining agreement.