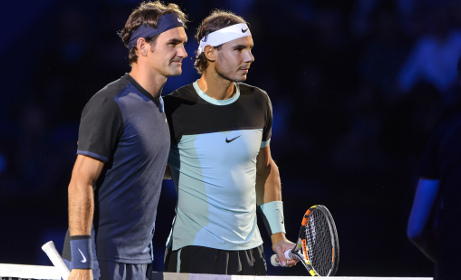 Nadal on Friday sent shockwaves through the French Open when he withdrew with a tendon injury in his left wrist with just two rounds played.

It came just a year after the nine-time champion was defeated in the quarter-finals by nemesis Djokovic — only his second ever defeat at the French Open.

Tellingly, the hammer-blow also comes just a week away from his 30th birthday.

At least Nadal had the comfort of making it to Paris this year.

Swiss champ Federer, 34, pulled out on the eve of the tournament with a back injury, ending a run of 65 consecutive Grand Slam appearances stretching back to the 1999 US Open.

Both men insist they are not finished with careers that have brought 17 majors for Federer and 14 for Nadal.

“I remain as motivated and excited as ever and my plan is to achieve the highest level of fitness before returning to the ATP World Tour for the upcoming grass court season,” said Federer when he withdrew from Paris.

Federer's greatest triumphs have come at Wimbledon where he is a seven-time champion.

However, the Swiss, who has played just four tournaments in 2016, will be 35 in August and history is against him.

Arthur Ashe was the oldest man to win at the All England Club just a month short of his 32nd birthday in 1975.

Ken Rosewall was 37 when he became the oldest Slam winner of all time at the 1972 Australian Open.

But Ashe and Rosewall belong to a very different era when the sport was played at a more sober pace in the infancy of the professional age.

Federer has not won a Slam since Wimbledon in 2012 whereas Nadal's most recent major was in Paris in 2014.

Nadal will be almost 31 in 2017 if he returns to play the French Open, the tournament where he captured his first Slam as a 19-year-old in 2005.

He may be encouraged by the fact that the oldest winner in Paris was Andres Gimeno who was well past 34 in 1972.

But for Federer and Nadal it's all a far cry from the days when their combined 31 Slams came from the 44 played between the Swiss star's 2003 Wimbledon breakthrough and Nadal's ninth French Open two years ago.

Nadal, who had showed signs of a renaissance this year after his worst season as a professional in 2015, remains confident that his career is not over.

“This is a tough moment and the toughest press conference I have ever had to give but it's not the end,” said the Spaniard who, nevertheless, faces a race against time to be fit for Wimbledon next month.

Nadal's lifelong friend, French player Richard Gasquet, said he was hopeful of seeing the world number five back in action.

“I have a lot of respect for him, and I feel sorry. If he's decided to stop, it must be serious,” said Gasquet.

“It can't be something small. He's had small things and he knows to deal with pain. This time it must be serious. It's a big loss for the tournament, and I hope he will recover.

“That's the most important. I hope he will recover quickly and come back to the circuit.”

However, the physical and psychological threat posed by world number one Djokovic remains a mighty obstacle.

Djokovic leads Federer 23-22 in head to heads and has taken seven of their last 10 meetings. 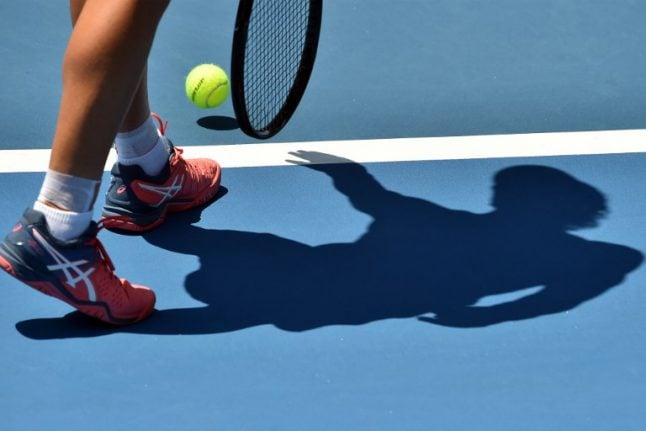