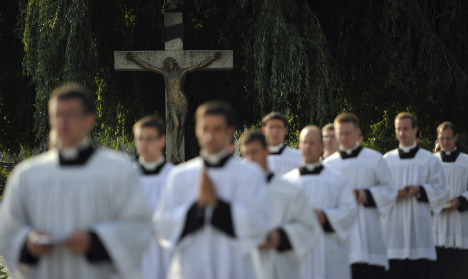 Priests working within the parish of Lleida in Catalonia must present an “anti-paedophile certificate” the parish’s bishop, Juan Piris Frígola, has announced.

Anyone in Spain can apply for the certificate – officially called the Certificate of Sexual Offences – a document which proves the holder has never committed a sexual crime.

The certificate can be obtained via a government website and must be carried by those working with children.

The request from the Bishop of Lleida will affect at least 80 priests and around 100 monks as well as at least 400 volunteers who work with children – a number which, the bishop's office admitted, could be much higher, as it wasn’t sure how many volunteers works on activities in every church, Spanish newspaper El Periódico reported.

The final number will be known in September, the deadline for people to present the relevant documents to obtain the anti-paedophile certificate but parish insiders estimate that “at least 600 people” will be required to obtain the certificate.

The Catholic Church in Spain has been embroiled in a number of sex scandals in recent years.

Twelve priests were arrested in Granada in 2014 for abusing an altar boy but charges were dropped against 11 of the 12 defendants because their crimes fell within the statute of limitations.

In October 2015, the Vatican announced it was closing an investigation into abuse in a school run by Opus Dei in northern Spain, citing “lack of evidence”.