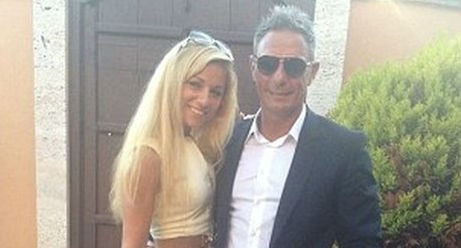 Following a four-day trial, Mayka Kukucova, 26, was convicted by a jury of murdering jeweller Andrew Bush, 48 at his Costa del Sol villa in April 2014.

Prosecutors called for her to serve at least 15 years in jail for shooting Bush twice after lying in wait for him at his holiday home in Estepona.

A court heard how she had laid in wait for her ex-boyfriend, who arrived at the villa on April 14th two years ago accompanied by his new girlfriend, Russian Maria Korotaeva, 23.

The Russian explained how she had waited in the car outside while Bush went in to calm down his ex when she heard three gunshots.

Kukucova then fled to her hometown of Nova Bosaca where she turned herself into police and was then extradited back to Spain to stand trial.

Kukucova told the court that she had not meant to kill her ex-lover but that the gun had gone off as she struggled to defend herself.

“I'm very sorry. I didn't want to hurt Andy. If I could change anything I would never have defended myself,” she told the court.

“I was only defending myself. I was afraid because never in my life has anyone tried to kill me. I didn't know what to do.

“If I could change anything I would. I would not have defended myself. Maybe it would have been better if I had died instead.”

Sentencing will take place at a later date.