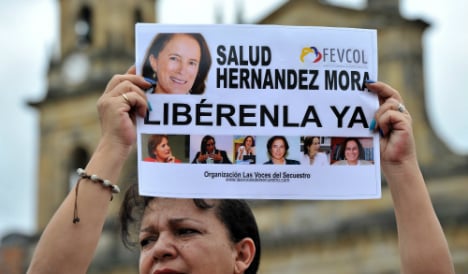 The International Committee of the Red Cross is acting at the request of the Colombian government, spokesman Edgar Alfonso said.

They were covering the disappearance of a Spanish-Colombian journalist, Salud Hernandez-Mora, a correspondent for Spanish newspaper El Mundo who went missing over the weekend.

He was last seen in El Tarra, in the Catatumbo region of northeast Colombia.

The RCN journalists and others were attacked and detained by a group of assailants who stole their cameras, cell phones and other equipment, breaking some of it in the process, the Foundation for Press Freedom, a Colombian watchdog group, said.

“Based on the intelligence obtained up to just a few hours ago, we confirm with certainty that the National Liberation Army is responsible for the disappearance of those three professionals,” Villegas told reporters.

Three other journalists who were also attacked and detained Monday later resurfaced.

Communications in the region – where guerrilla groups and drug traffickers dominate – are difficult and details of the case remain scarce.

President Juan Manuel Santos said on Wednesday he had information that Hernandez-Mora was with ELN of her own volition and doing reporting work.

The ELN is the second-largest guerrilla group fighting in Colombia's half-century-long conflict. It has a strong presence in Catatumbo.

The rebel group said in March it would hold peace talks with the government.

But negotiations have yet to get off the ground because the rebels are accused of continuing to carry out ransom kidnappings – long their main source of funding.

The Colombian conflict, which started as a peasant uprising in the 1960s, has drawn in various armed groups and gangs over the decades, leaving 260,000 people dead and 45,000 missing.

The government says it is close to signing a peace deal with the country's largest rebel group, the Revolutionary Armed Forces of Colombia (FARC). 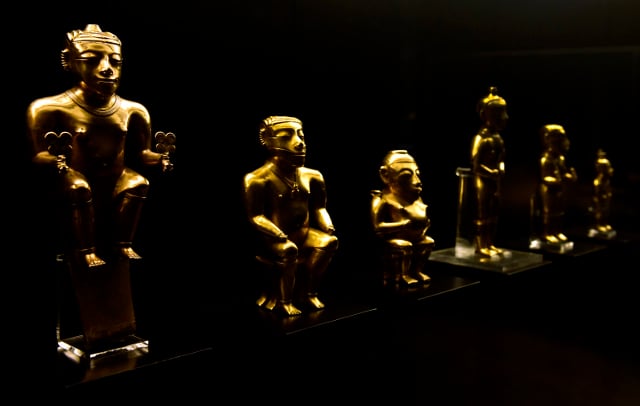