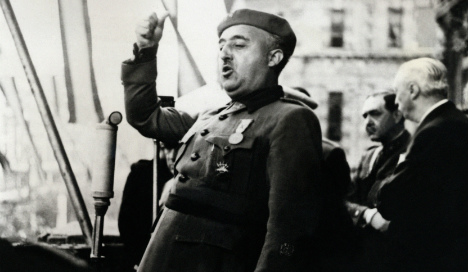 The town council of Tortosa in Catalonia has decided to strip Francisco Franco of his honourary mayorship – forty years after the Spanish dictator’s death.

The title of mayor in perpetuity  was bestowed on Franco on March 31st 1964 in celebration of “25 years of peace”, or 25 years since the end of the Spanish Civil War at the behest of the town’s then mayor, Joaquín Fabra.

Although the practice was quite common during the dictator’s regime, the honour had gone unnoticed during the 40 years since Franco’s death, meaning it was still in effect.

A plenary session in the town council lasted less than two minutes after every political party represented in the council voted in favour of the motion to strip Franco of his mayorship.

The move comes just days after a court ruled in favour of relatives of victims of the Spanish Civil War who want to exhume the remains of their loved ones from the Valley of the Fallen monument and give them a proper burial.

Meanwhile an advocacy group for victims is demanding the exhumation of Gen Francisco Franco himself from his tomb insisting that Spanish taxpayers should not be paying for its upkeep.

Spain has struggled with the legacy of Franco’s reign over the past four decades, with victim advocacy groups pushing to further investigate crimes and remove symbols of the dictatorship, including statues that still remain and changing the names of town or street names.