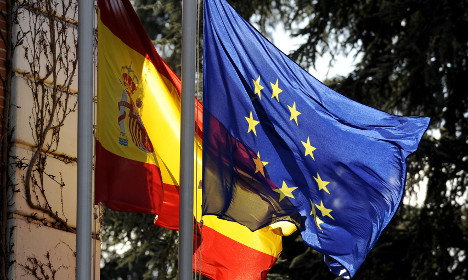 The delay put off a potentially embarrassing decision for Spain until after elections on June 26th and gave more time for a new government in Portugal to get on its feet.

Inflicting penalties against an EU member state for public overspending would be an unprecedented step by the European Commission, the bloc's executive arm.

At the urging of Germany, the commission won powers to monitor national budgets during the eurozone debt crisis when overspending in members of the single currency such as Greece and Spain nearly destroyed the euro.

“We have concluded that this is not the right moment economically or politically to take this step,” European Economic Affairs Commissioner Pierre Moscovici told a news briefing in Brussels.

“(In Spain) we do not have in front of us a government capable right now of taking the necessary measures,” said Moscovici, a former French finance minister.

For the eighth consecutive year, austerity-weary Spain has overshot its fiscal targets, making it one of the worst performers in the eurozone.

But with the election fast approaching, Spain's acting Prime Minister Mariano Rajoy said on Wednesday he was eyeing more tax cuts if re-elected.

“We raised taxes at the start of our term in office, and we lowered both income and corporate tax in 2015,” Rajoy told the Financial Times.

“If tax revenues continue to rise, as they are doing now, we can plan another tax cut.”

Spain's public deficit came in at 5 percent of gross domestic product last year, far higher than the 4.2 percent initially promised to Brussels and above the 3 percent limit set by EU rules.

Madrid has also raised its public deficit target this year from 2.8 percent of GDP to 3.6 percent, which means Spain will once again overshoot the limit set by Brussels.

“It is unacceptable that the commission caved to the lobbying by Madrid and Lisbon and offered the delay,” said Markus Ferber, a German MEP from the right-of centre EPP party.

“Spanish elections are not a valid argument,” he said, warning that “we can always find a reason not to act”.

Spain is gearing up for another election on June 26th – the second in just six months after bickering parties failed to reach an agreement on a coalition government following inconclusive polls in December.

Bailed-out Portugal, meanwhile, will see its public debt hit 130 percent of GDP, over double the EU limit of 60 percent.

In Lisbon, a left-wing government came to power last year on a pledge to reverse unpopular austerity measures, in defiance of the EU.

“After today's announcements, the European Commission will probably again be criticized for being too lax on the Eurozone's fiscal rules,” said Carsten Brzeski, Economist at ING bank.

But “at the current juncture, with most Eurozone countries desperately trying to revive growth and tackle unemployment, today's decision was in our view the right decision,”  Brzeski added.