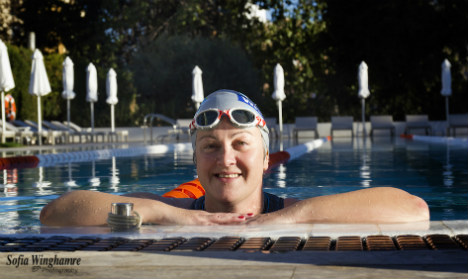 Anna Wardley, 40, began her arduous swim of 37 kilometres starting from Menorca late on Wednesday night, without a wetsuit.

She was attempting to reach Mallorca as part of a challenge that would ultimately total 215 kilometres to raise money for charities Marine Inspirations, Joves Navegants and the Marine Animal Rescue Project.

But after about 12 hours into the journey, Wardley had to be pulled from the water due to severe jellyfish stings, a source from Wardley’s challenge campaign told The Local. She was taken to hospital as a result.

Wardley he had reportedly suffered an “enormous number of severe jellyfish stings” and was “slipping in and out of consciousness”, according to her team.

Her team confirmed to The Local that she has since been released from hospital and was waiting for a ferry to Mallorca.

“Before this happened she was strong and steady, in good spirits and there was lots of laughs! She'll look forward to collecting hugs from everyone soon,” a spokeswoman for her team said.

Wardley, who divides her time between homes in Gosport, UK and Colonia Sant Jordi on Mallorca, was accompanied in the water by a support boat and crew and who handed her specially prepared food to sustain her energy levels.

Thank you Jean Marshall for your generous donation to the charities I'm supporting through my #BalearicSwimChallenge https://t.co/DfEyziNKjD

During her months of training, Wardley had also been hospitalized due to a severe reaction to jellyfish stings, but had told The Local shortly before embarking on the challenge that she remained confident.

“Just a week ago I was hospitalized due to a severe reaction to jellyfish stings sustained during my training, but nothing can stop me now,” she had said in a statement to The Local.

“I have trained for this for months. My mind, heart and soul are ready for this moment.” 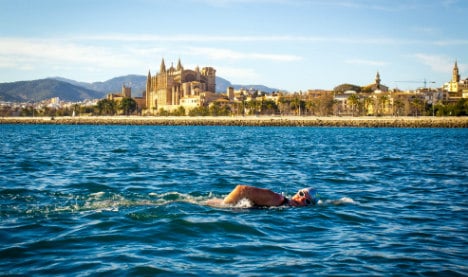