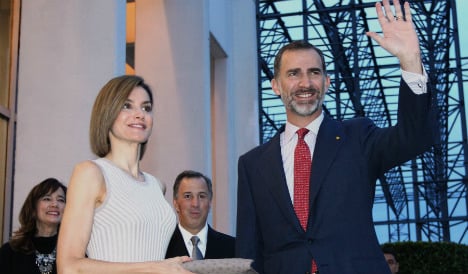 The man said Queen Letizia could be "the new Jacqueline Kennedy".

Vicente Egurcegui Ortiz will be sentenced on Wednesday for charges of inciting terrorism for a tweet he published in May 2014.

The tweet included a picture of a funeral car with the comment “the only Mercedes I want to see the King in is this one”.

He also tweeted a video of the assassination of John F Kennedy with the comment “Letizia could be the new Jacqueline Kennedy”, referring to Spain’s Queen Letizia.

Public prosecutor Carmen Monfort is calling for Ortiz to be sentenced to two years in prison for the crime of inciting terrorism, which he committed in a “continuous and habitual” manner.

Ortiz also published images and videos in homage to famous members of Basque terror group Eta, and mocked victims of the group such as Luis Carrero Blanco, who was murdered in 1973.