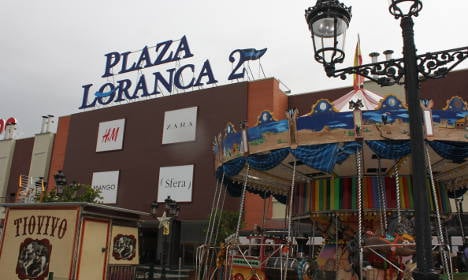 The screening in the Madrid suburb of Fuenlabrada was interrupted when an individual opened an emergency exit door allowing four hooded individuals to enter.

Audience members screamed and ran from the cinema in panic.

After the incident, cinemagoers returned and the film was restarted.

Police are now investigating the suspect and believe they know who may be behind the attack.

Spain’s terror threat level has been at four out of five since the jihadist attacks in January 2015 against the French satirical magazine Charlie Hebdo, a level maintained after the Paris attacks last November and the Brussels attack in March.

Spanish police in April arrested three people on suspicion of making a bomb hoax that caused a plane to return to Madrid airport escorted by an air force fighter jet.