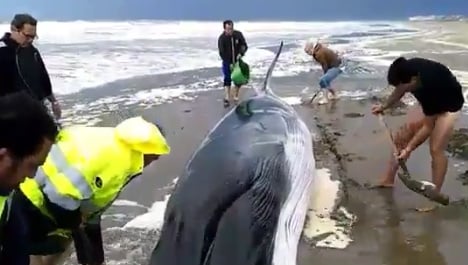 Locals in the town of Ayamonte, southwestern Spain, battled for 11 hours to save an eight-metre-long whale calf that washed up on a beach on Wednesday morning.

Their efforts were, however, in vain, Spanish national broadcaster RTVE reports.

Although volunteers managed to bring the whale to the water's edge, the weakened animal was unable to swim out into open water and died after being slammed into a breakwater by large waves.

Spain’s animal rights party, Pacma, called for volunteers to help look after the whale via its Twitter feed on Wednesday, while locals tweeted videos of people using buckets to bathe the mammal in water (above).

Experts confirmed to Spanish daily El País that is was a “young finback whale”, a species that can grow up to 20 metres in length.

They believed the whale was washed ashore because of recent storms in the area and had been hopeful that it could be returned safely to the sea by Wednesday evening. 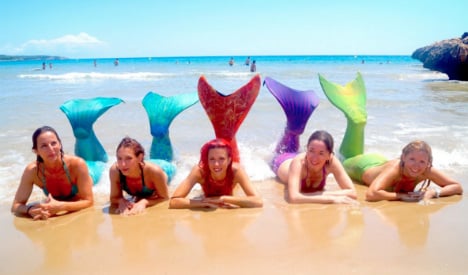 FISH
How to be a mermaid: Spanish swim school makes a splash 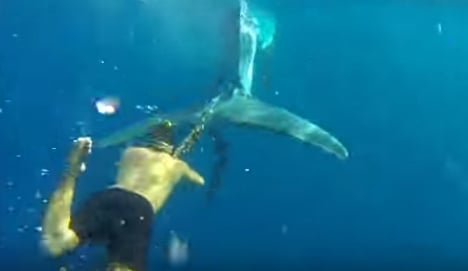