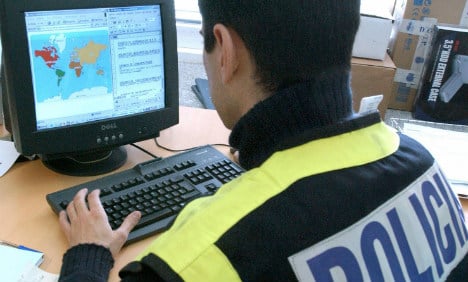 Police arrested 43 people thought to be involved in the so-called “CEO swindle” in Spain and one in Britain – 17 of whom are thought to be the ringleaders of the scam.

The scam is alleged to have used forged emails to dupe senior company executives into parting with personal details which were then used to empty their financial accounts.

The man arrested in Britain was detained close to an airport where the gang allegedly hoarded large sums of cash before it was to be transported to Nigeria.

Seven people involved in running an Internet cafe in the Madrid region are suspected of having organised weekly transfers of cash to Nigeria by plane.

“135,000 euros in notes was discovered at Madrid airport hidden in rubbish bags and concealed among underwear in a suitcase destined to travel in the hold of the aircraft,” police said in a statement.

Several Spanish businessmen suspected of helping the syndicate to launder the stolen funds were among those arrested, according to police.

The investigation began at the end of 2014 after a Pakistani citizen reported that he had been robbed of €34,000 after his bank account was hacked.

Police refused to comment on the nationality of the suspects or when exactly the operation to arrest them took place.