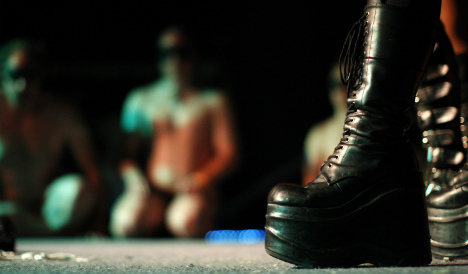 According to the court ruling made public on Tuesday, the alleged aggressor, a 21-year-old man, was acquitted because the pair had frequently engaged in bondage when they were a couple.

He had been in a relationship with the 17-year-old girl between February and August of 2014, but it had ended when she caught him with another woman, according to the judgement from the Alicante Court.

The court heard that during the relationship, the pair had engaged in bondage for the pursuit of mutual pleasure involving domination, submission and sadomasochism when one or the other would “offer some resistance”.

“Their sexual relations had involved insults, harassment, force and some level of violence that was accepted by both parties,” according to the court ruling.

Two months after the break-up, the two connected again on Facebook and he invited her round to his house. Once there, they smoked marijuana and began to touch each other. But when she expressed a desire to stop, he ignored her protestations.

He “held her by her wrists, pulled off her tights and penetrated her”, according to the court document.

She suffered bruising and abrasions and reported that she had suffered bouts of depression since the assault.

But the court ruled that it was not rape because such sexual practices were so common between the couple that he “thought that this time was no different”.