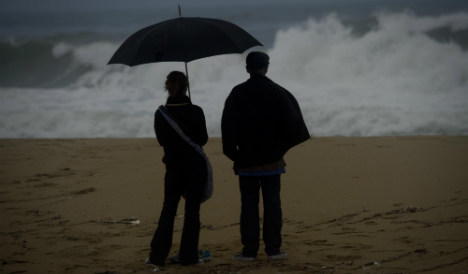 Don't put your umbrellas away just yet, as heavy storms are forecast along Spain's Mediterranean coastline this weekend.

Spain’s national weather agency, Aemet, has forecast thunder and lightning and stormy weather along the country's eastern coast on Friday and Saturday, with the bad weather continuing in many areas into Sunday.

“Precipitation forecast for this weekend. It will be rainy across the vast majority of the Peninsula.”

The popular holiday destination of the Balearic Islands does not escape the rain, either, with heavy storms forecast throughout the weekend.

Menorca is on high risk for big waves on Sunday, as is Girona, on Spain's north-east coast.