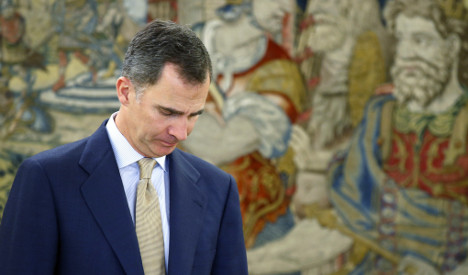 Spain geared up for fresh elections on Tuesday as the king put in motion a process to dissolve parliament after months of failed coalition talks that have left the country in political limbo.

“His Majesty the King… has established that there is no candidate with the necessary support,”  the palace said in a statement.

Bar any last-minute surprise turn-of-events, the new elections will be announced on May 3rd.

Under an official timeframe, they are then expected to take place on June 26th – the first time a general election will have to be repeated since Spain returned to democracy following the death of long-time dictator Francisco Franco in 1975.

While historic, the result left Spain in uncharted waters as the country has never had a coalition government since its transition to democracy.

Parties were forced to go to the negotiating table, but unused to these types of talks, they were unable to reach a deal as the deadline approached.

So the king launched a third and last round of consultations with party leaders on Monday and Tuesday, after which he had been expected to make the announcement.

In a surprise move that gave Spaniards a brief glimmer of hope, a small regional grouping came up with a last-ditch proposal to form a new government for the eurozone's fourth-largest economy.

Party leaders examined it, but as the day wore on they either rejected it or accused others of torpedoing the document.

The final nail in the coffin came when the main opposition Socialists (PSOE) – who had been tasked by the king with forming a government following December's election – said they had given up.

“We are heading to new elections,” PSOE chief Pedro Sanchez told reporters after meeting the king.

The Socialists had plunged into negotiations after acting Prime Minister Mariano Rajoy, whose conservative Popular Party came first in December but lost its majority, failed to drum up enough support.

Sanchez managed to strike a deal on a government with centrist upstart Ciudadanos – which came fourth in the election – but the two parties had too few seats in parliament to win a vote of confidence.

Sanchez then tried to enlist the support of far-left party Podemos, whose 65 parliamentary seats would have got it through, but failed – prompting the current political paralysis.

Sanchez placed much of the blame for the failure to form a government on Podemos, at a press conference that sounded like a public goodbye – he thanked the media for their work, along with his allies.

Podemos, led by the charismatic Pablo Iglesias, was born just over two years ago from the Indignados anti-austerity movement. It has made no secret of its desire to supplant the Socialists as Spain's main left-wing grouping.

“Mr Iglesias never wanted a Socialist prime minister,” Sanchez said, accusing him of having “closed the door” to a reformist government and offered a “lifeline” to Rajoy and the conservatives.

At an earlier press conference, Iglesias accused Sanchez of saying “no” to everything.

Research polls have suggested that fresh elections will do little to change the December outcome.

Rajoy's conservatives could gain ground, while Podemos and its allies may lose a little as some of the five million people who voted for the party believe it should have worked with the Socialists.

But parties are very likely to have to sit down for new coalition talks after the fresh election – meaning yet another headache for Spain.