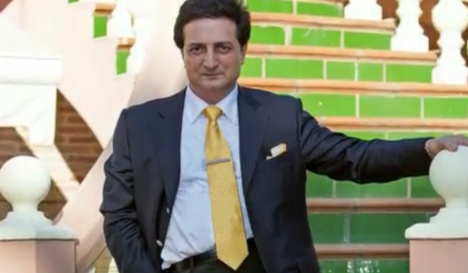 Iranian born Shoja Shojai, 58, who was educated in England and has British nationality, has been charged with mistreatment and injury and faces more than 12 years in jail.

The multi-millionaire was arrested two years ago after some of the women went to police with accusations that he had tricked them to his villa with the promise of lucrative modelling careers and then kept them there against their will.

Nine women initially came forward but according to an indictment issued against him by state prosecutors this week, he is to be prosecuted for mistreatment of five different women, three of whom he had children with.

“The accused maintained a relationship of domination, submission and mentoring towards all of them during their time in Spain, depriving them of money, forcing them into non-desired sexual practices,” read the indictment, which follows a two-year investigation.

He is also accused of “making them taking oral contraceptives or the morning after pill as well as antibiotics and other substances to relax them.”

“He controlled their diet and imposed conditions on them which included not speaking and only smiling. They were not allowed to cry or show their emotions,” according to Flor de Torres, the prosecutor in charge of violence against women cases in Malaga.

His victims include his Danish wife and mother of two of his children, and a woman from Turkmenistan with whom he has a five-year-old daughter

Police were told that nine women had lived with him at the rented villa in the exclusive Marbella gated community of Sierra Blanca. The property, described as an Arab-style palace, reportedly cost more than €8,000 a month.

Shojai, who is thought to be currently residing in London, has denied all wrongdoing. “'The idea I had a harem is madness,” he said in a press conference shortly after his release on bail following his arrest in March, 2014.

He claimed instead that it was an elaborate ruse by the women to get him out of the way so they could empty his mansion of valuables.

A date for the trial has not yet been set.