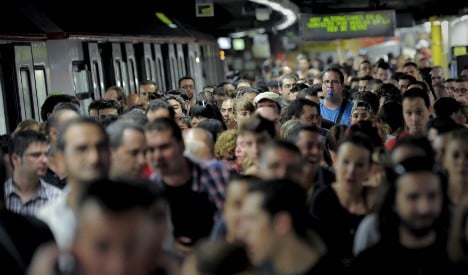 Commuters in Barcelona were expecting delays on Tuesday as metro workers called a two day strike that is set to hit travellers particularly hard during rush hour.

The strike comes at a particularly awkward time; the city is currently playing host to the Alimentaria food trade fair – many attendees could be affected by the transport strike.

Fira de Barcelona, where the trade fair is taking place, is running extra buses from the city’s main hotels and has made available more parking spaces for people attending the fair.

Workers will strike on Tuesday and Wednesday, when transport officials estimate that only one in three trains will be running for much of the day.

TMB has also announced that the strike could affect the Montjuïc cable car, a popular tourist attraction that is run by the city’s metro.