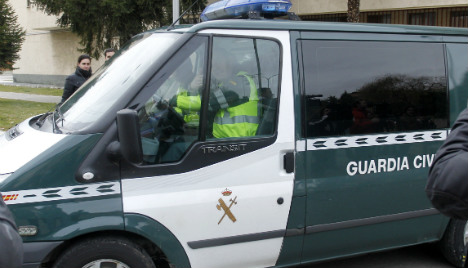 The 31-year-old officer named as Ángel Luis V.J from Quintanar de la Orden, near Toledo, was arrested on Monday morning after allegedly shooting the driver of the other car five times in the head.

According to witnesses the two cars collided and both drivers got out of their vehicles where they proceeded to have an argument about the crash.

The Civil Guard officer was driving a BMW and the other driver, a Moroccan man aged 39, whose name has not been released, was in an Opel Zafira.

The BMW driver pulled out his gun and reportedly shot the other driver at least five times in the head, according to Spanish news agency Efe. He was pronounced dead at the scene.

The officer later tested positive for cannabis but negative for alcohol following the incident that took place at 7.30am on the A3 to Valencia near the town of Fuentidueña del Tajo.