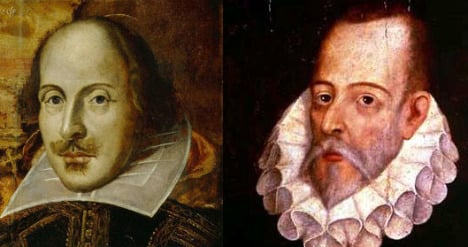 By strange coincidence both Miguel de Cervantes and William Shakespeare lived within the same era and died within days of each other – both are recorded to have died on 23rd April 1616, although the different calendars in use at that time meant their death was in fact 11 days apart.

As events get underway in both Spain and Britain to mark the 400th anniversary of the year of their death, The Local attempts to persuade you that Cervantes deserves to be recognized as the superior talent.

While William Shakespeare was clearly more prolific, writing at least 38 plays and over 150 short and long poems, there was more to Cervantes than just Don Quixote.

As well as penning a dozen short novels published in a collection entitled Exemplary Novels of Very Honest Entertainment as well as several other lengthy novels, Cervantes was famed for his short plays (entremés in Spanish) and a host of ballads, whose content has been lost in the annals of time.

But it is as the inventor of the modern novel that Cervantes is rightly known. With The Ingenious Gentleman Don Quixote of La Mancha, Cervantes pioneered such techniques as realism and intertextuality to develop a genre that has gone from strength to strength, while the medium of theatre has waned. Cervantes fought in the Battle of Lepanto. Photo: Yogesh Brahmbhatt/Wikimedia

The personal life of Cervantes reads like an adventure in itself. Not only did he once fight a duel, in which he wounded a nobleman and therefore had to flee Spain, but he enlisted in the Spanish navy, fought at the Battle of Lepanto and to top it all off was kidnapped by pirates, spending FIVE years as a slave until his family could raise the ransom to buy him back.

So while Shakespeare may have brought such stories to life on stage, we know for a fact that Cervantes actually lived them.

The most translated work in the world after the Bible

Don Quixote is widely considered to be the most translated work after the Bible, having been published in more than 145 languages. It has been praised by writers including Mark Twain, Leo Tolstoy, Charles Dickens and Salman Rushdie and was even admired by Shakespeare himself who wrote a play (that has since been lost) named Cardenio, based on a character from Cervantes’ opus.

A fusion of reality and fantasy, the 1,000-page tome of Don Quixote covers the journeys and adventures of the hapless but honourable Don Quixote and his mule-straddling squire, Sancho Panza. Most Spanish households boast a copy of it on their bookshelf – with six out of ten Spaniards claiming to have at least read part of it.

He overcame a disability, unpopularity, and the Spanish Inquisition

Not only did Cervantes have to cope with a physical disability – he was left with a paralyzed and atrophied left arm after being shot twice during Battle of Lepanto in 1571 – but he also survived the Spanish Inquisition, penning much of his famous novel in a grubby jail cell where he was thrown after being excommunicated for his debts.

Not only that but although his works were popular with the masses, Cervantes was panned by the critics of the day and yet still persevered.

Meanwhile Shakespeare thrived under the patronage of the Elizabethan court, feted as a great talent by society.

A life of poverty

Cervantes was born to a middle-class family with an old name who were down on their luck and despite his literary success, Spain’s most famous author never found his fortune. His life was blighted by debt and he died penniless.

Meanwhile his English contemporary, whose early life was also marked by a family struggling with debt, later held a share in the profits from the hugely successful Globe Theatre, netting him a handsome yearly income.

Cervantes may have failed to do more than eke out a meagre living through writing, but it did earn him everlasting fame. Well maybe not invented, but certainly envisioned an early concept of it.

Sigmund Freud stated that he was greatly influenced by Cervantes' work El coloquio de los perros (The Conversation of the Dogs) in the development of his theory of psychoanalysis.

In this work, only one character tells his story; the other listens, occasionally making comments. At the centre of the dog's story is a sexual event. Freud stated that he learned Spanish so as to read Cervantes in the original.

You have to read Don Quixote to know it

Unlike Shakespeare, whose various works have been adapted countless times for the silver screen, Don Quixote has been notoriously impossible to turn into a feature film.

In an absurd saga befitting a former member of the Monty Python team, Terry Gilliam has spent the last 18 years trying and failing to make a film adaptation of Don Quixote. Although he did manage to produce a documentary film charting the failure of the project – Lost in La Mancha.

He is still attempting to make the movie itself.

He gave us the term Quixotic

Yes, we know English is littered with phrases that first appeared in Shakespeare's work – “all is well that ends well”, “a wild goose chase”, “to wear one's heart on a sleeve” to name a few – but the legacy of Cervantes is equally far-reaching and not just in Spanish.

No other word encapsulates a useless but well-meaning quest in quite the same way as the term Quixotic, and the term “tilting at windmills” to describe a fight against imaginary enemies has slipped into common parlance.

But did you know that Cervantes is also credited with the phrases “bigger fish to fry” and “the proof of the pudding is in the eating”.

Even if you have never read Don Quixote, you probably use terms from it all the time.

Even in death, the story of Cervantes continues

For the last four centuries, tourists have been able to visit the final resting place of the Bard to pay their respects to the finest playwright of the English language in the Church of the Holy Trinity in Stratford-upon-Avon.

Not such a dignified rest exists for Cervantes, whose remains lay somewhere behind the cloistered walls of a Madrid convent, the exact site lost in the passage of time… until last year.

Then with much fanfare, a team of forensic archaeologists announced they had found the tomb of the Spanish literary giant, although his exact bones could not be identified.

But during a special ceremony that was held to “repay a debt to the greatest writer in the Spanish language” Madrid City Hall delivered a final insult to a figure who had always fallen foul of authority – the monument to mark his grave contained a typo.

For all the intrigue and fuss that he is still stirring up after 400 years in the grave, Cervantes gets our vote! We are not saying you give up the Bard entirely, but if you haven't yet read Don Quixote, give it a go. You won't be disappointed. 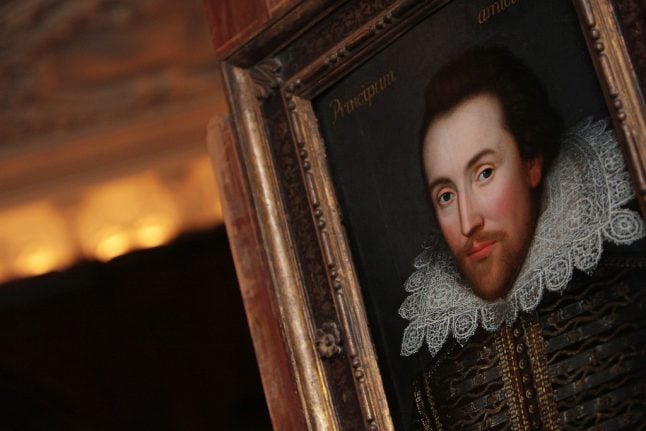