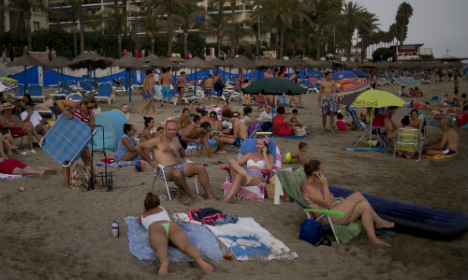 In a sensational report on Tuesday, the German daily, Bild, said that jihadists were planning to pose as refreshment sellers at beach resorts in the three countries, before detonating suicide vests and bombs planted beneath sun loungers.

The newspaper quotes a high ranking official as saying: “It could be a whole new dimension of terror. Holiday beaches cannot be protected.”

Bild also quoted Seck Pouye, the chief of police in Senegal, who said that the terrorists, from the Boko Haram Islamist group in Nigeria which allies itself with Isis, planned to radicalize regular travellers between Senegal and Europe to carry out the attacks.

But the report has been denied by the Italian intelligence services, with a source quoted by Ansa as saying it was “groundless” and that “there is no specific terror alert on Italian beaches”.

Spain has been on a state of alert at a level of four out of five since the jihadist attacks in January 2015 against the French satirical magazine Charlie Hebdo, a level maintained after the Paris attacks last November and the Brussels attack in March.

Last June saw an attack at a Spanish-owned hotel in Tunisia when gunmen killed 38 foreign tourists in the beach resort of Sousse.