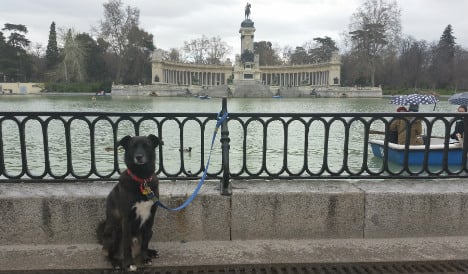 The left-wing mayor, who was elected to office last May, said the city was preparing a raft of new bylaws in the battle to clean up the capital.

A fine of €750 will be imposed on owners who fail pick up after their pets, a fine that can be converted into hours spent cleaning the streets at weekends instead.

But the penalties are not reserved exclusively for irresponsible dog owners. The same punishment awaits those caught spitting or littering in public areas, including the disposal of cigarette butts, chewing gum.

Washing a car in the street, shaking a rug out of a window or allowing plants to drip water into the streets also carry the €750 fine.

But those who are caught urinating or defacating in the street will face the maximum fine of €1,500.

“I think culprits will be surprised at the harshness of the penalties, so we are going to introduce a system to substitute the fines for street cleaning duties,” explained Manuela Carmena,  Madrid’s mayor from the left wing Ahora Madrid party.

The mayor said police would be extra vigilant for dog excrement offenders, beefing up patrols during peak dog-walking hours.

“We need to send a message,” she said.

Councils across Spain are struggling to tackle dog owners who fail to clean up after their pets, with several towns introducing the use of DNA testing on messes to track down the culprits.