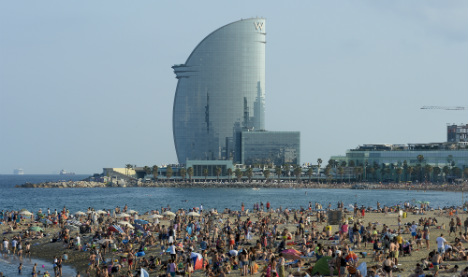 The 26 year-old Portuguese man, who has not been named, was arrested last week after a five star hotel in the tourist centre of the Catalan capital reported that he left without paying a bill of around €1000.

He was discovered staying in another upmarket hotel nearby and was arrested for fraud by officers from Los Mossos d’Esquadra, the Catalan police force.

It emerged that he had in fact stayed at a total of 14 hotels in Barcelona, running up bills amounting to €7525.44.

He always followed the same modus operandi, checking into several hotels simultaneously using maxed out credit cards, according to a statement from the Mossos d'esquadra.

He then enjoyed the facilities, including gyms and restaurants, and charged the extras to the room before slipping away without paying.