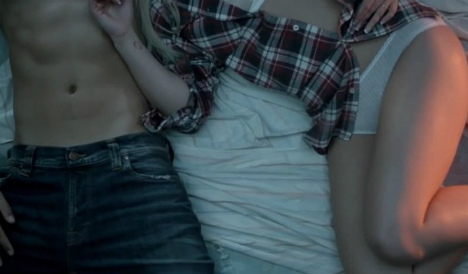 Worried about "suspicious activity" in your bed? Photo: Butz.2013 / Flickr

Spaniards are the most unfaithful people in Europe, according to the latest studies, so one Spanish company has come up with an ingenious way for suspicious partners to catch their lovers in the act… the world’s first infidelity-detecting mattress.

The brainwave first came about when the team at Durmet, a mattress company based in Galicia, northwestern Spain, saw a news report on Spain’s high levels of infidelity.

“One day we saw the latest figures on infidelity that said Spaniards were the most unfaithful in Europe and we thought of an idea that would bring peace of mind to men and women, not just during the night but also during the day while they are out at work,” Durmet spokesman José Antonio Muiños told The Local.

“Smarttress is a normal-looking mattress that hides some cutting-edge technology – the Lover Detection System,” Muiños explained to The Local.

The Lover Detection system is a “revolutionary product” that includes 24 ultrasonic sensors, capable of “capturing suspicious movement” in the bed and of informing the mattress-owner of the suspicious activity via a mobile app.

The software behind the technology can generate a 3D map of the mattress to show exactly which areas are receiving greater pressure.

While Durmet, which was founded four years ago in northern Spain, is hoping the Spanish market – full of philanderers as it is – will lap up the product, it is also confident that the mattress will sell well abroad.

“We think the mattress will do well internationally because it is the only one in the world that uses this technology and is designed specifically for this objective (catching cheating partners),” Muiños told The Local.

Potential buyers can purchase the product on the Smarttress website with the “utmost confidentiality”. The 2015 hack on the extramarital affairs website Ashley Madison revealed that Madrid has one of the highest numbers of cheating spouses.

Of all the cities in Europe, the Spanish capital was second only to London for the number of clients registered on the adulters’ website.