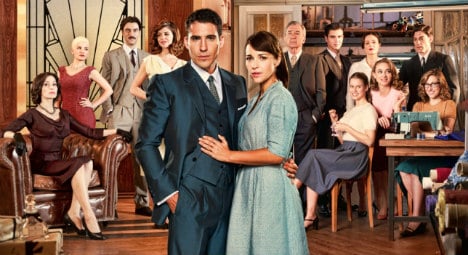 Cuéntame cómo pasó (Tell me how it happened) If you want to delve into a series that charts the tumultuous modern history of Spain, you can do no better than Cúentame cómo pasó, also known as Cuéntame, which charts the highs and lows of one family from the last days of the dictatorship of General Francisco Franco into Spain’s new democracy.

The series has been a huge hit in Spain and is currently onto its 17th series which takes place in 1984.

The series was originally created to mark the 25th anniversary of Spain’s transition to democracy and begins in 1968 with the Eurovision victory of Spanish entry Massiel – who some say won because of the fact that Franco bribed the judges. If you are a fan of Downton Abbey then you are bound to like Gran Hotel, set in the upstairs-downstairs world inhabited by the guests and staff at a grand Spanish hotel towards the beginning of the 20th century.

The series, first broadcast in Spain in 2011, follows the disappearance of one of the hotel maids and her brother’s search for the truth about what happened to her.

The series is part period piece, part mystery and was filmed in the beautiful Palacio de la Magdalena in Santander. Based on the bestselling novel by Spanish author Maria Dueñas, El tiempo entre costuras (The Time Betwen the Seams, translated as The Seamstress in English) follows the fortunes of Sira, a seamstress from Madrid.

The series charts her journey of falling in love, travelling to Morocco, then becoming embroiled in the Spanish Civil War, during which she is recruited as a spy and made to sow secrets into the seams of her clothes.

The 11 episodes are 70 minutes each, allowing the epic saga to play out slowly, brewing to its final dramatic conclusion. Isabel follows one of the most powerful women in history – Isabel I of Castilla, who ruled as queen at a time when the thought of a woman running the kingdom was unthinkable.

The three seasons follow Isabel from the end of childhood and her marriage to Ferdinand of Aragon through her patronage of Christopher Columbus and the various turmoils that beset her family. The Velvet department store is the jewel in the crown of Madrid’s fashion scene: elegant, sophisticated and a whole new world of decadence.

The production values are high (each episode cost an estimated €500,000) and the series is available on Netflix in the USA and UK. This Spanish science fiction series, the lovechild of Doctor Who and Quantum Leap, follows a top secret department of the Spanish government that reports directly to the Prime Minsiter: the Ministry of Time. The ministry guards the doors of time to make sure time travellers can't change history for their own benefit.

The series features some of history's most famous faces including Franco, Hitler, Picasso and even a cameo from Queen Isabel (the same one from the series Isabel). While it does bear more than a passing resemblance to Orange is the New Black, if you were into the original you should check out this Spanish TV series which follows the fate of one woman who, because of her boyfriend, ends up being sent to prison.

The series follows how she adapts to prison life, while her family on the outside desperately attempt to find the money to pay for her bail. This crime series is set in the troubled El Principe Alfonso area of Spain’s North African enclave of Ceuta, which borders Morocco.

The drama centres around a love story between Javier, a Catholic policeman sent to the area to investigate links to jihadist activities in the Spanish enclave and Fatima, the Muslim sister of a local drug dealer.

The series is a great opportunity to glimpse another side of Spain, in its seldom seen North African enclaves and is quite topical – several suspected jihadists have been arrested in Ceuta in recent months. This series follows the disappearance of seven-year-old Alicia Vega, who vanishes on the day of her First Holy Communion.

Two weeks later and all police know for sure is that the culprit was linked to the ceremony in some way. To find out more, undercover agents Víctor and Laura pretend to be a married couple and move to the village in an attempt to get to know the girl’s family and friends and in doing so, find the culprit.

A second series featuring a different undercover investigation aired in early 2016 while a third has already been confirmed for 2017. 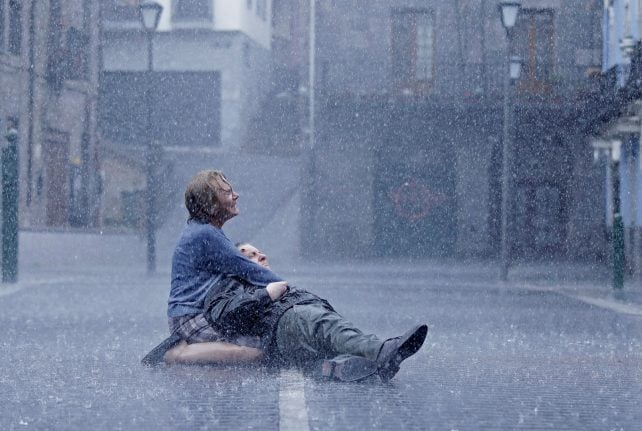 TV
Patria: What you need to know about the new HBO series Spain has been waiting for
Url copied to clipboard!