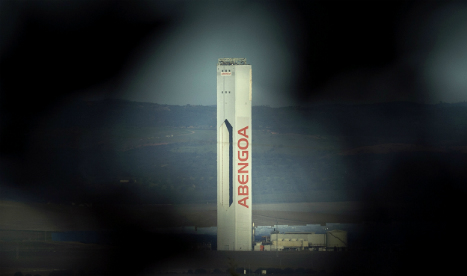 The deal gives the company until October 28th to convince banks and bondholders that have not already done so to sign off on a restructuring agreement.

It announced in November it was filing for preliminary protection from creditors in Spain and had been given a March 28th deadline to strike a restructuring deal with at least 60 percent of its debt-holders.

When that proved impossible it agreed on the seven-month extension.

In February, Abengoa's affiliates in the United States – one of its main markets – filed for bankruptcy.

The company, which employed 28,700 people worldwide in 2015, wants to refocus on core activities. It has already signalled its intentions to sell off its biofuels assets and other holdings.

As part of its cost-cutting drive, Abengoa also announced Wednesday that it would delist from the Nasdaq stock market in New York.

“The company believes that the administrative burdens and costs associated with being a US listed company and meeting SEC (Securities and Exchange Commission) regulatory requirements have significantly increased in the past few years,” it said in a statement, adding these “substantially outweigh the benefits derived from the listing.”

A family-owned company founded 75 years ago, Abengoa rose from being a local electrical firm, fixing installations damaged in Spain's 1936-39 civil war, to a major player in solar energy and other renewables.

But risky bets on biofuels, Spain's cuts to renewable energy subsidies during an economic downturn and the Benjumea family's refusal to raise capital for fear of losing control of the company pushed it to the edge of bankruptcy.

The company's head, Felipe Benjumea, stepped down last September. He is under investigation for serious mismanagement and under fire for taking a compensation package of €11 million.